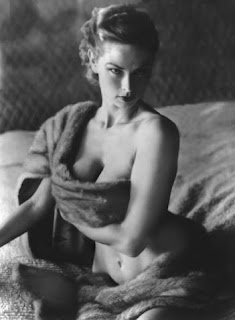 Born Christmas Day, 1929, Irish McCalla was a pin-up model-turned-actress who is best remembered for her roles in "She Demons," "Hands of a Stranger," and her starring turn as Sheena in the 1950s television series "Sheena, Queen of the Jungle." She retired from acting in 1962 and found great success as a painter. She created over 1,000 paintings and limited edition lithographs, some of which are on display at the Los Angeles. She passed away in 2002 at the age of 72.