Stock brokers are being murdered and eye-witnesses are certain the killer is Jerome Breen (Atwill), because he took the time to chat with them as he casually strolled away from the crime scene. However, Breen can't be the killer, because he is deaf-mute who was born unable to produce any sound at all. Will bumbling police inspectors (Ellis and Hurst), together with crimebeat reporter Jack Burton (Newton) be able to unlock the secrets behind the murders? More importantly, will they solve the mystery in time to prevent Burton's would-be lady love (Terry) from joining the list of those murdered? 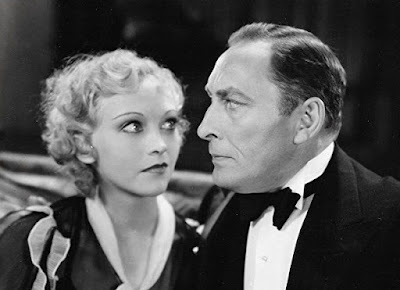 "The Sphinx" is a straight-to-the-point murder mystery with a twist that all but the most inexperienced mystery fans will see coming. In fact, I think the best audience for this film today is to use as a gateway to other classic mystery films for kids who are reading "The Three Detectives", "Nancy Drew" or "The Hardy Boys" (or whatever more contemporary counterparts they may have in the kid's section of the local bookstore). It's a fast-paced film that crams two hours worth of plot into a one-hour running time.

Another thing to recommend this film as an entry point is the characters. While the 1930s stock characters are here--dumb Irish cops and fast-talking tough-guy reporter as the heroes/comic relief, the plucky girl society columnist who will become the damsel in distress, and so on--they feel a little more real than in most films. More importantly, none seem as obnoxious as they sometimes do in these films, partly due to the inherent charisma and on-screen chemistry of all members of the exceptionally talented cast, but also because each character is given a bit more depth than is often the case. (For example, the hard-bitten reporter is shown to have respect for the cops even while ribbing them, and to have genuine feelings and a purely human reaction when his would-be bride turns her back on him.)

"The Sphinx" is by no means a classic, nor is it one that hardcore mystery fans are likely to be overly impressed by. It's got a good cast, and decent script, but the solution to mystery is one that they're likely to see coming. It might not be a bad little movie to show to the right kid, however.