... it seems like the perfect time to announce that NUELOW Game will soon release the first-ever collection of all the stories featuring "the black mistress of horror," Skywald Publications' Lady Satan! I am editing and contributing original material to the book. The editing part includes a few tweaks here and there to make the comics slightly more reader-friendly--in the sense that I'm making the story flow a little better than it did in the original version.

Titled Lady Satan 1974 (so as to not confuse it with NUELOW's other Lady Satan book), it tells the dark story of Anne, a young African American woman who becomes possessed by a spirit hellbent on being the mother of Satan's baby. Written by Alan Hewetson and illustrated by Ricardo Villamonte and Pablo Marcos, Skywald's Lady Satan is an all-but-forgotten milestone in the history of comics, as she was the first African American anti-hero to headline her own series.

In addition to the classic comics, the book will include fiction by yours truly featuring the other Lady Satan, and roleplaying material for both the d20 System and the ROLF! game.

I will post more when the book is released. In the meantime, here's a sample page to introduce you to Lady Satan 1974! 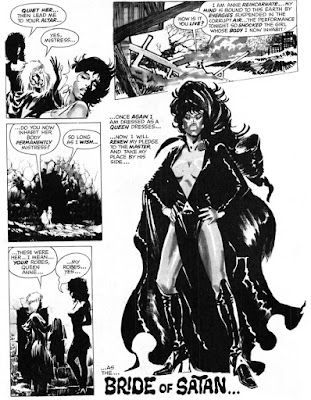 If you want to warm up to the NUELOW debut of this great, classic character, check out the original Nazi-busting Lady Satan in the original Lady Satan book, and read how she gained her mystical powers in The Werewolf Hunter #1.

Posted by Steve Miller at 4:00 PM No comments: Links to this post

Happy Thanksgiving to My American Visitors! 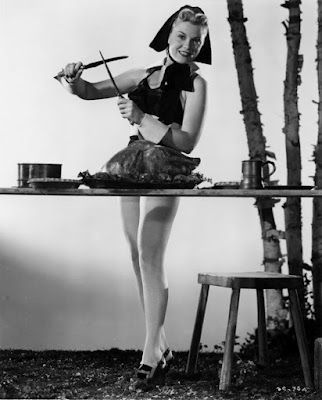 Posted by Steve Miller at 12:06 AM No comments: Links to this post

Preparing for the Thanksgiving Feast!

Tomorrow is Thanksgiving Day! This young lady is preparing for it, old school style. 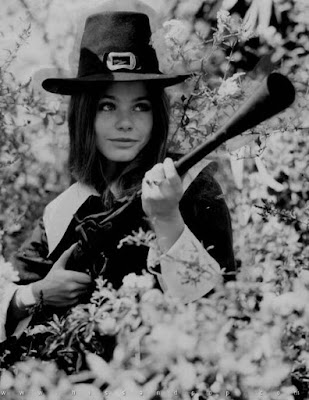 Posted by Steve Miller at 6:20 AM No comments: Links to this post

When a mysterious ray from outer space shot through amateur astronomer Ray Cardell's telescope lense and into his eye, he was left with strange powers. Now, he can see through solid objects, melt metal or burn flesh with a glance, and bend others to his will by locking eyes with them. Naturally, he turned to fighting crime, because that's what one does after being struck by a mysterious ray from space.


NUELOW Games has collected the five best Master Key stories in a single volume, cleverly titled Master Key. The stories are by Charles Sultan  and Paul Gattuso and they feature the quirky mix of superheroics and hardboiled crime fiction that's previously been seen in NUELOW's Black Dwarf (which also featured Gattuso's work) and Dynamic Man.

In addition to the off-beat comics, Master Key contains all-new  rules for OGL Modern that focus on vision-based superpowers, such as x-ray and heat vision--Master Key's main superpowers. This never-before-seen material is by yours truly, and it is easly incorporated into any d20 System-based game that uses talent trees, even if you don't use any other part of NUELOW's OGL superpower rules.

You can see previews or get your own copy of Master Key from RPGNow by clicking here. It can also be had from DriveThruComics and DriveThruRPG.

Posted by Steve Miller at 3:52 PM No comments: Links to this post

In celebration of the new TV show, we bring you art that will make you believe a girl can fly!

aaaa
Posted by Steve Miller at 12:11 PM No comments: Links to this post