Bring chills to your summer with 'Feary Tales.'

My latest NUELOW Games project is now available from DriveThruComics and the other usual outlets. Titled Feary Tales, it's got six short horror comics inspired by classic fairy tales. Four of them were drawn and written by the great Steve Ditko. In addition to the comics, the book features a new race for use as a monster or player character in your OGL Modern or other d20 System games.

By way of a preview, here are three of my favorite pages from the book. 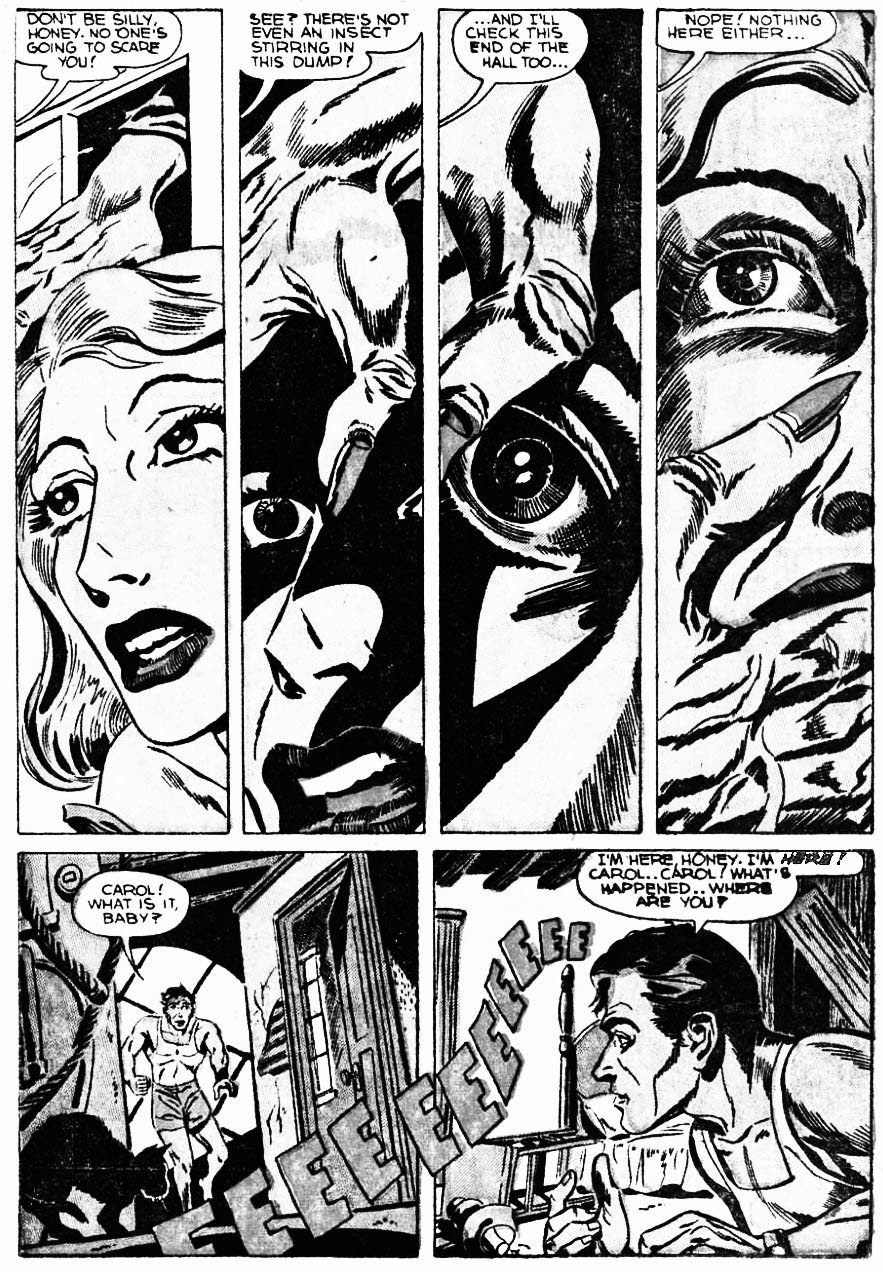 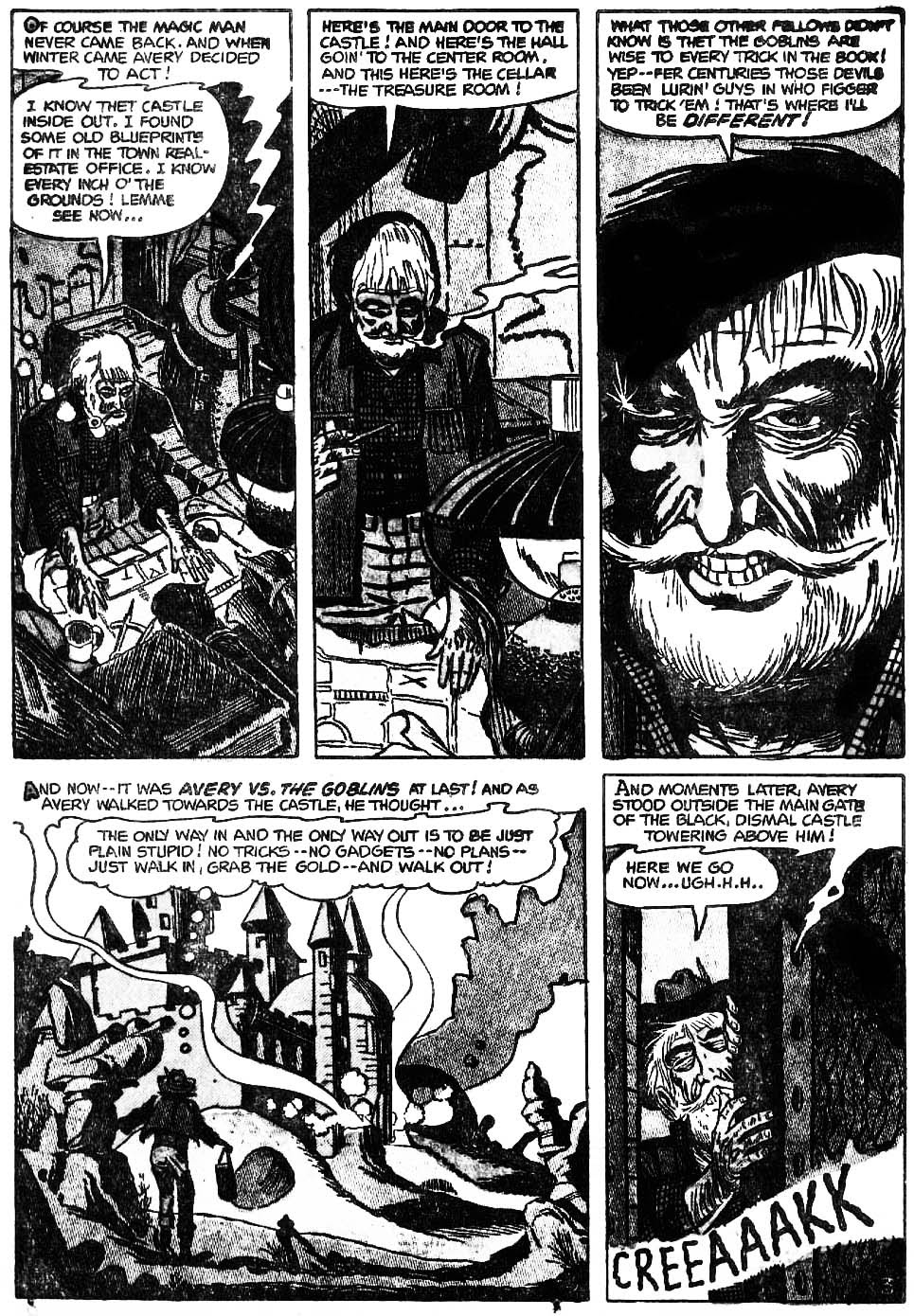 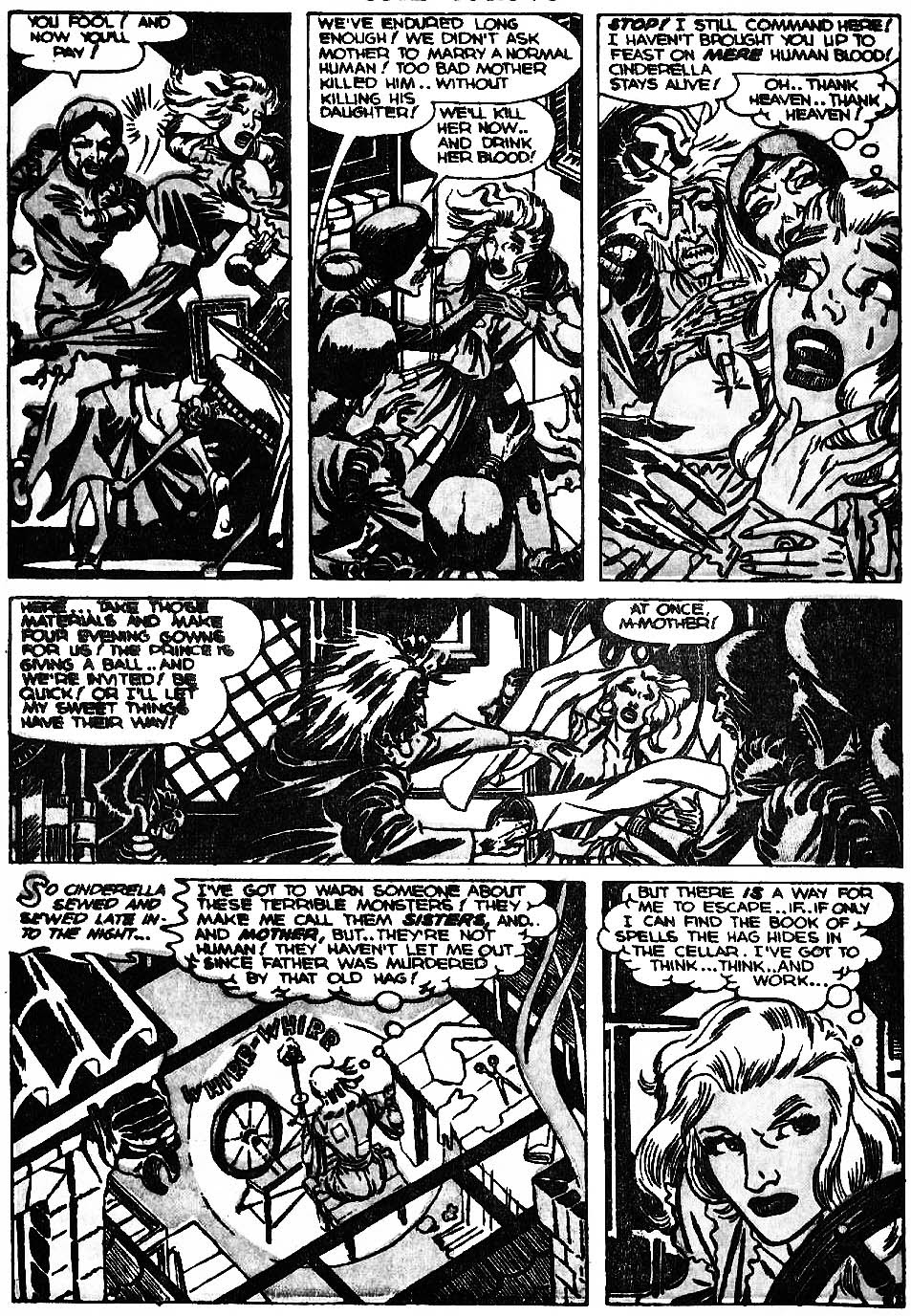 You can see more previews, or get your own copy by clicking here. It is on sale at 25% the usual price through August 1.

Posted by Steve Miller at 4:15 PM No comments: 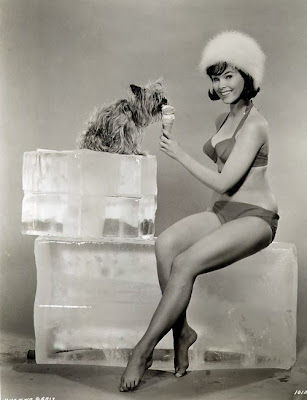 In 1984, US President Ronald Reagan issued one of the most important proclamations of his presidency: He declared the month of July National Ice Cream Month. He further designated that all Americans should celebrate ice cream with "appropriate ceremonies and activities" on National Ice Cream Day, which he designated as July 15.

Since then, America has observed National Ice Cream day on the third Sunday of every July. I've drafted Yvonne Craig and a couple of friends to remind everyone to do their patriotic duty and enjoy some tasty frozen treats on this most momentous day. 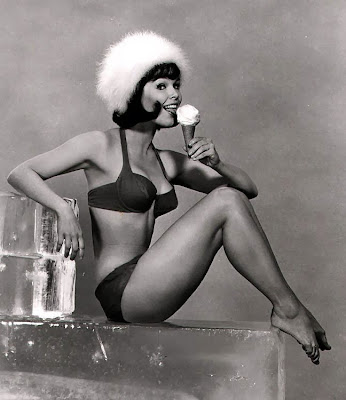 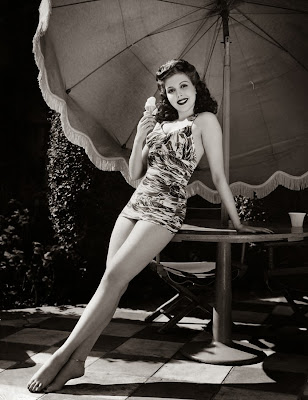 Some shots of an up-and-coming model, grabbed from her page on Facebook. 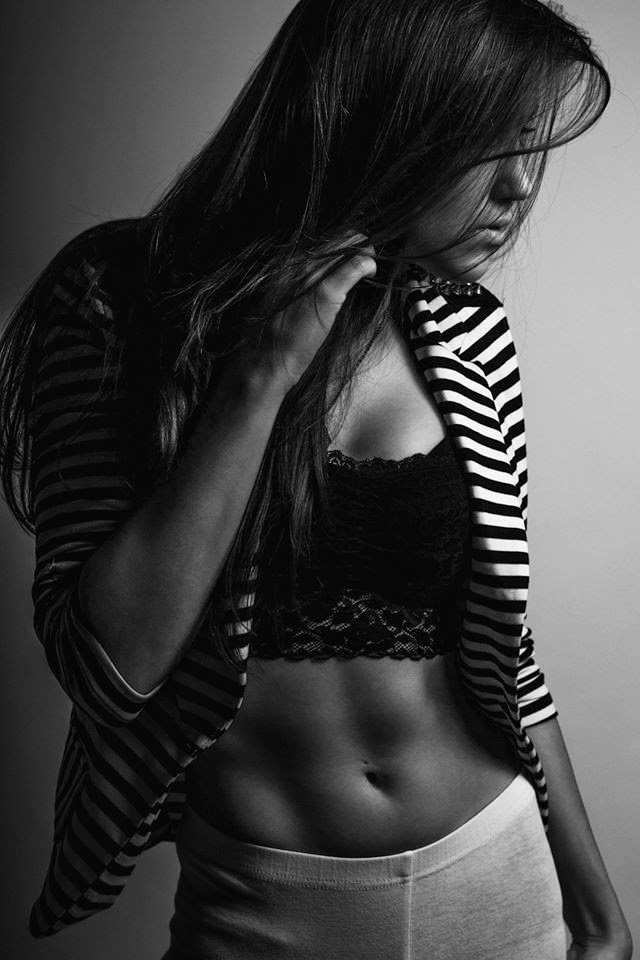 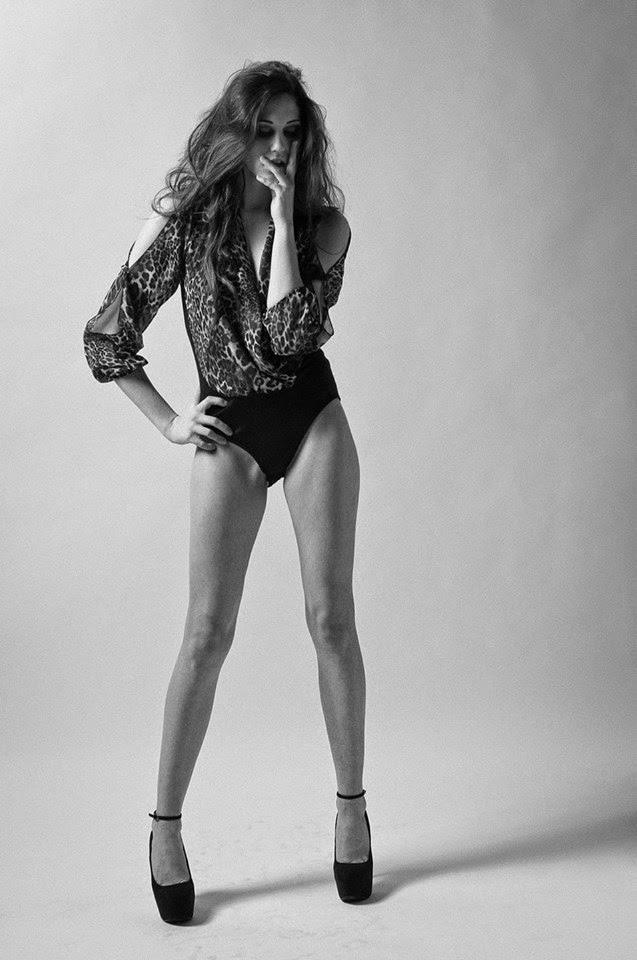 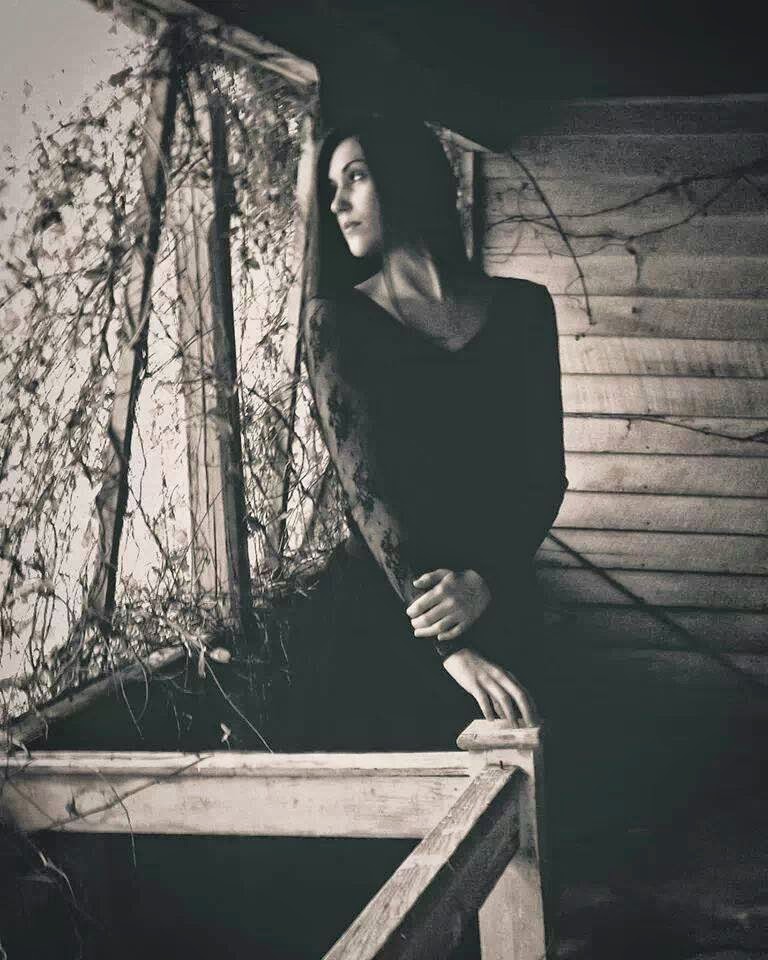 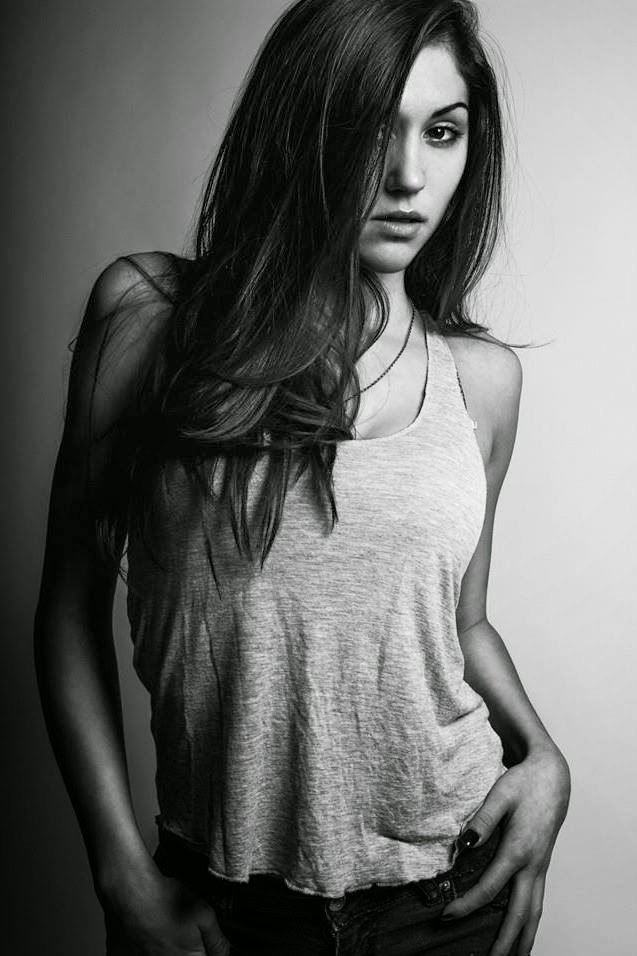 The fourth volume in NUELOW Games' "Complete Golden Age Oddballs" series is pretty much finished. I'm just having another set of eyes review one of the pieces slated to go in it, because I'm feeling a little insecure about its quality even though the editor has said "Oh, for the love of Jesus, it's fine!" (in an exacerbated tone and British accent).

This volume is focused entirely on female characters, and the bulk of it was drawn by one of comics industry's first full-time professional woman artists, Ruth Atkinson. She is best remembered for creating "Millie the Model" and "Patsy Walker" for Marvel Comics precursor Timely Comics, but even before that she had worked at industry giant Fiction House on numerous adventure series in anthology titles like "Jungle Comics", "Ranger Comics", and "Wings Comics."

But NUELOW Games being NUELOW Games is collecting for the first time anywhere what is perhaps Atkinson's most obscure work. In 1947, she created the high school comedy series "Angela" for Eastern's "Club 16." The series lasted four episodes, vanishing when Eastern pulled the plug on this attempt at cashing in on the teen comedy craze that "Archie" had started shortly before.

But as obscure as "Angela" is, "Miss Espionage" may be even more so. It appeared in two issues of "Power Comics" (#3 and #4) in late 1945 from Holyoke imprint Narrative Publications. This brief series is interesting, because it's may have been the first to use a post-World War 2 world as the backdrop for its action. The first story deals with a Nazi underground trying to lay the foundation for the return of the Third Reich, while the second deals with villains trying to rekindle hostilities between the United States and Japan. (It may also be of interest as it was written by the prolific and celebrated Bill Woolfolk and drawn by Rudy Palias and Maurice Whitman.)

And, of course, the book features a smattering of roleplaying game material inspired by the comics, as well as a text piece that brings the featured series together in the same universe... and that's the text piece I'm feeling a little insecure about. As I said up top, we'll see what the reader has to say.

In the meantime, here's a preview of "Complete Golden Age Oddballs: Angela & Miss Espionage" in the form of selected splash pages from the book. 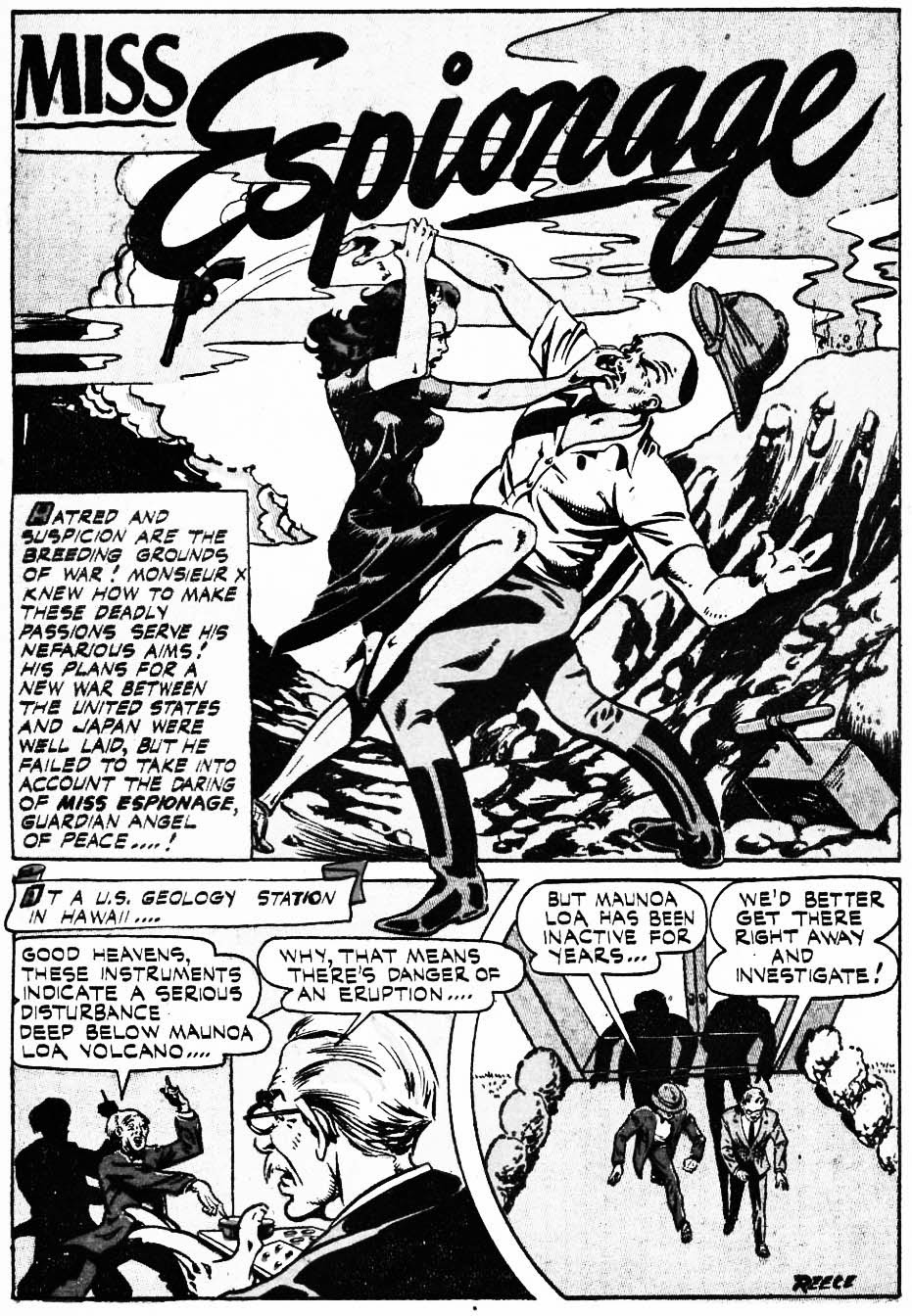 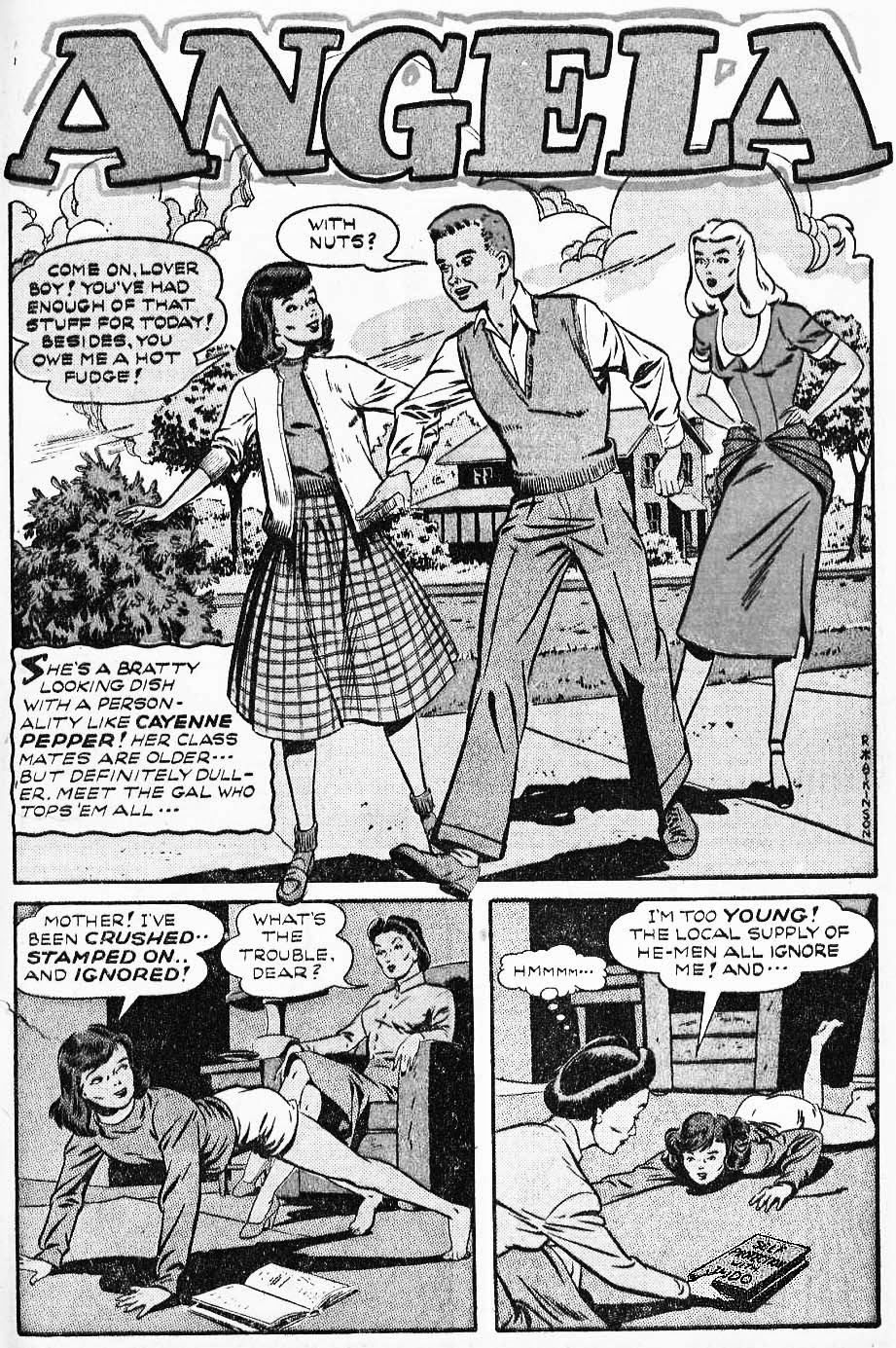 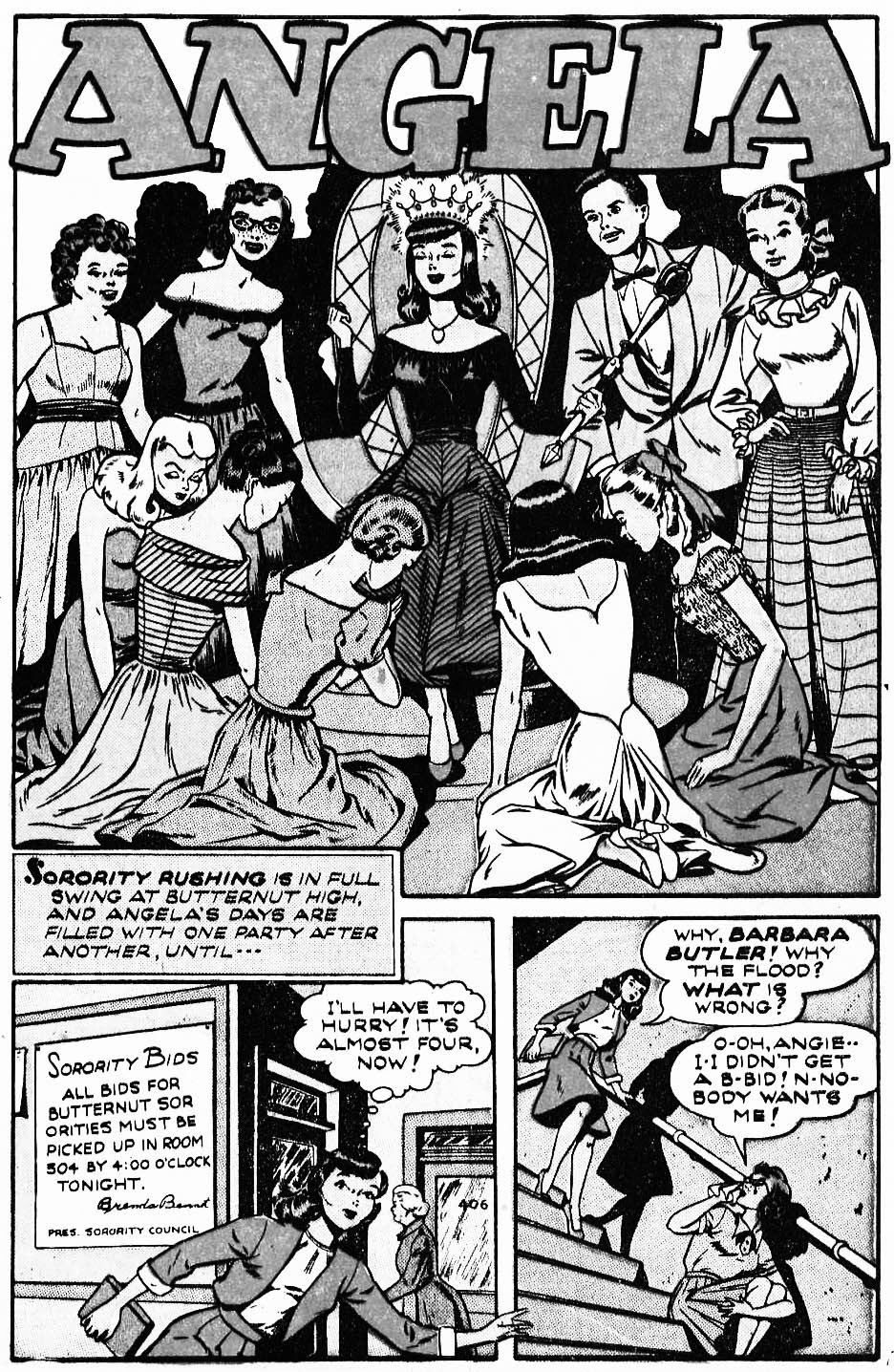 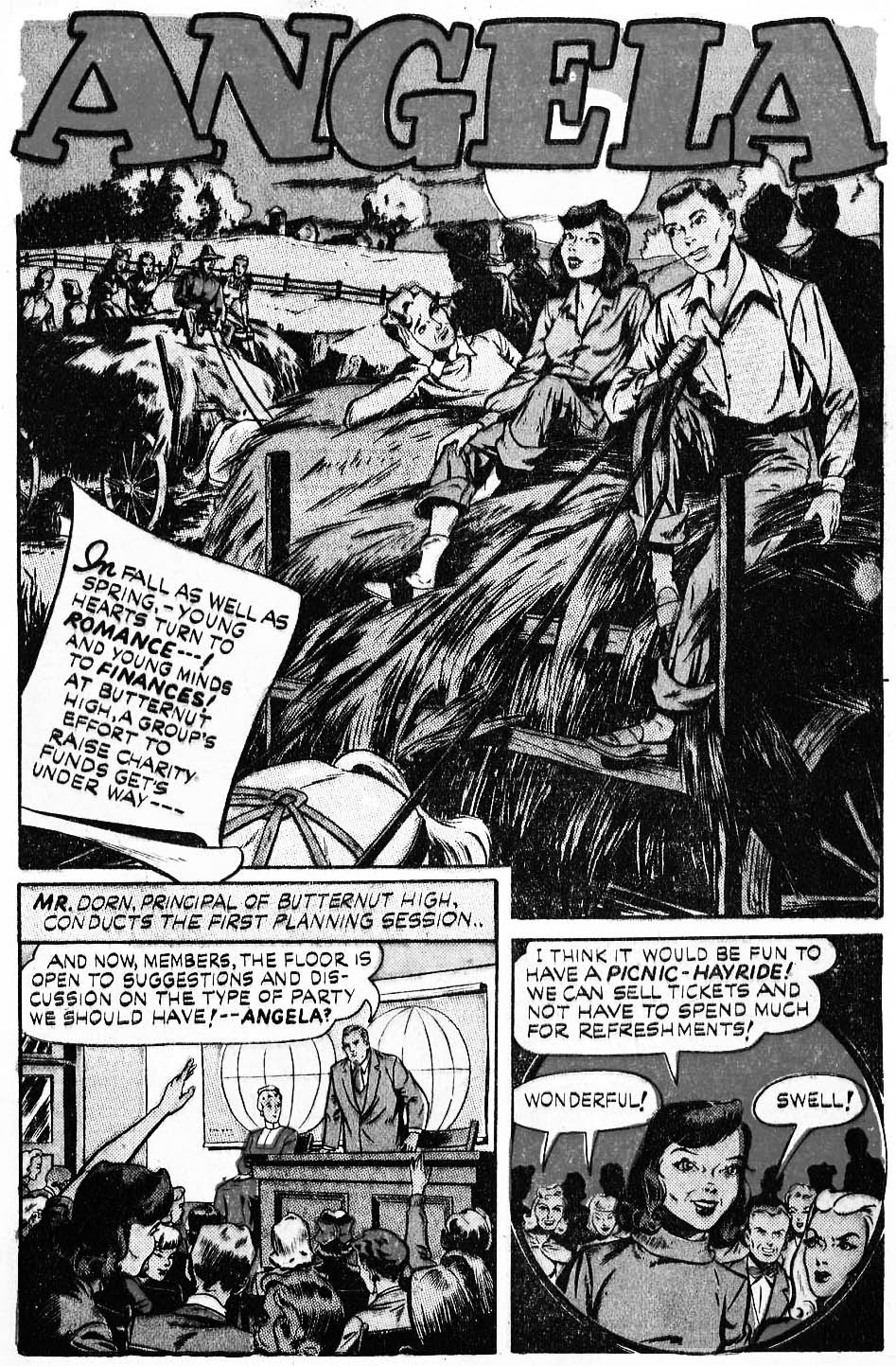 Posted by Steve Miller at 9:42 PM No comments:

How NOT to handle fireworks

Arline Judge showing poor judgement on this Fourth of July....

Posted by Steve Miller at 9:27 AM No comments: 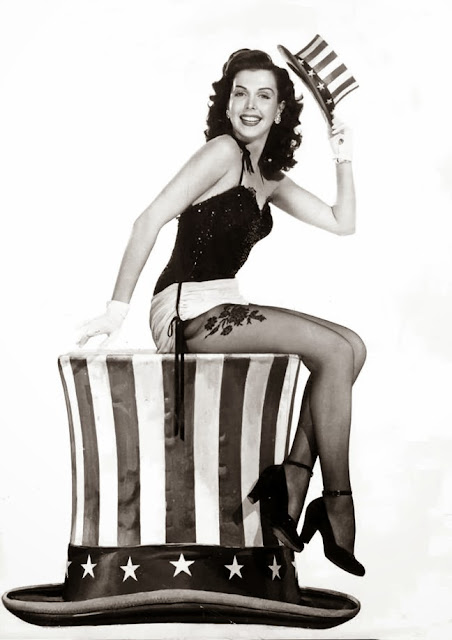 Posted by Steve Miller at 12:01 AM No comments:

Pat Patriot -- Just in time for Fourth of July!

In celebration of Fourth of July, NUELOW Games is presenting the four best adventures of "Pat Patriot," an early female superhero (who pre-dated Wonder Woman's first appearance) and an all-but-forgotten champion of the American spirit.

By way of a preview, here are the spalsh pages for the four tales included in the "Pat Patriot" book. Additionally, it contains a full supplement for "ROLF!: The Rollplaying Game." You can click here to see additional previews, or to get your own copy. 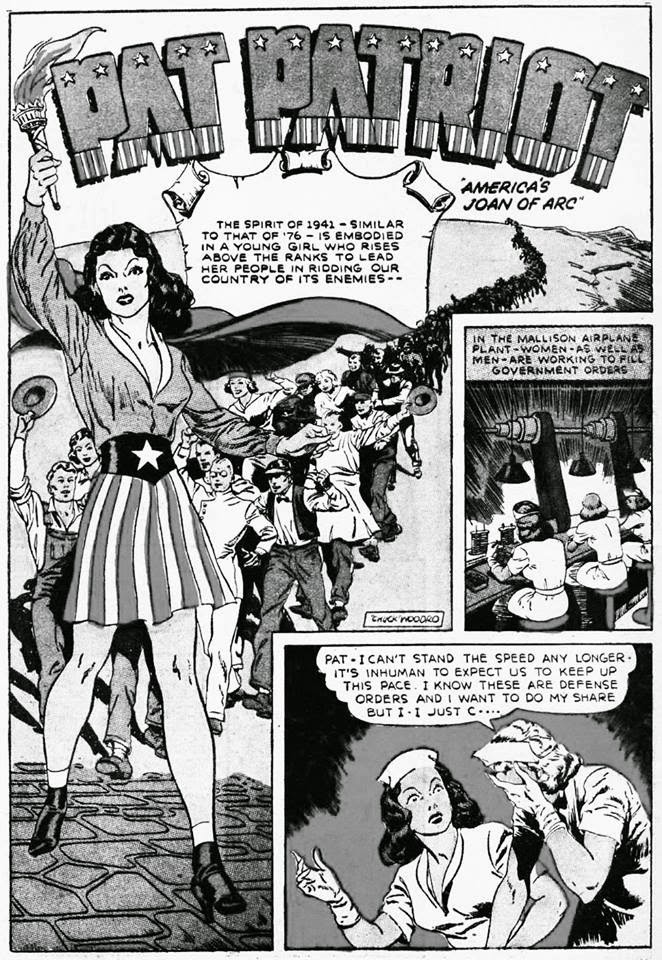 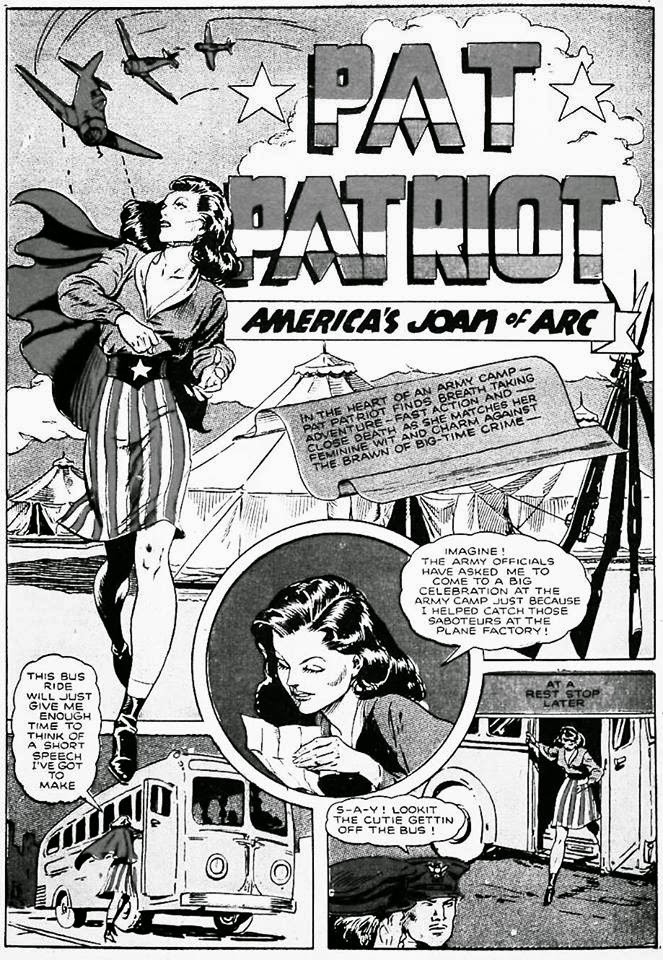 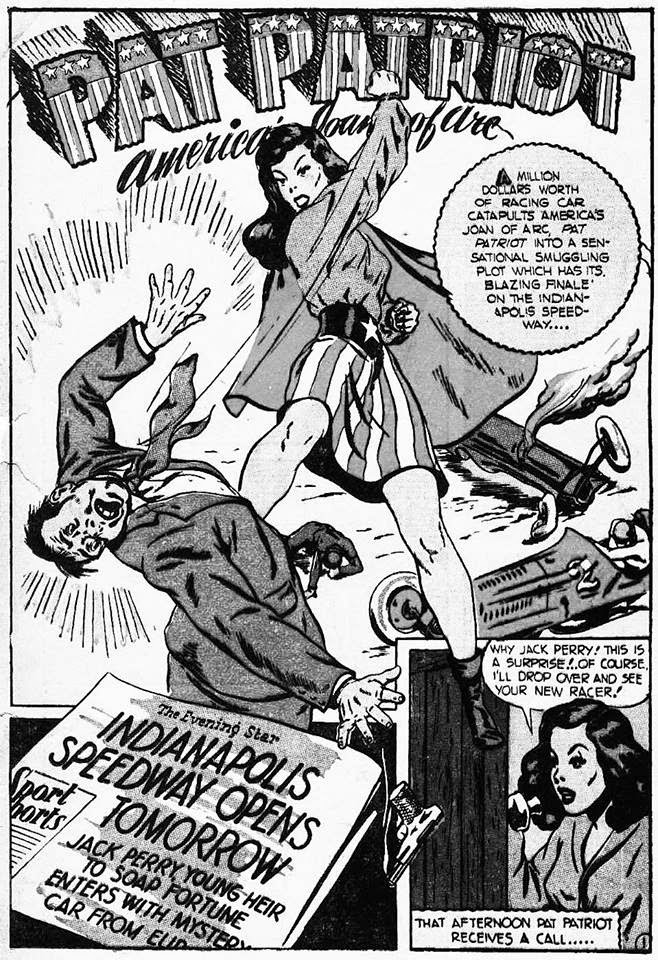 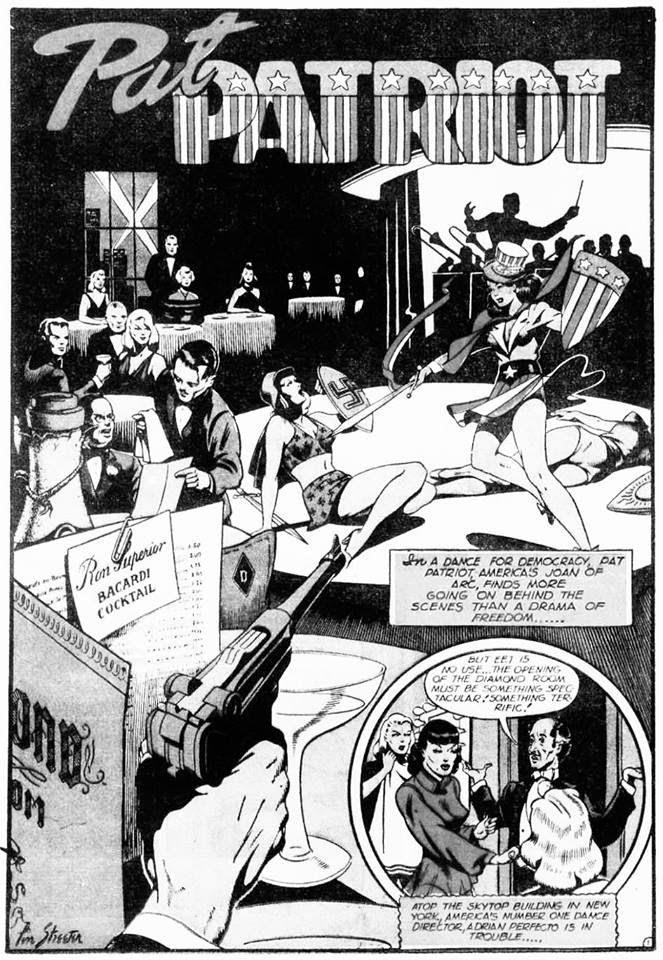 zzzz
Posted by Steve Miller at 9:23 AM No comments:

The Fourth of July is almost upon us, and Americans will again celebrate our country by setting off explosives. If you are handling fireworks this Friday night, be like Marilyn Monroe... 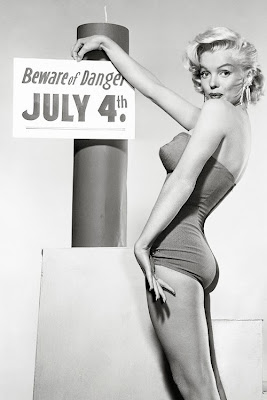 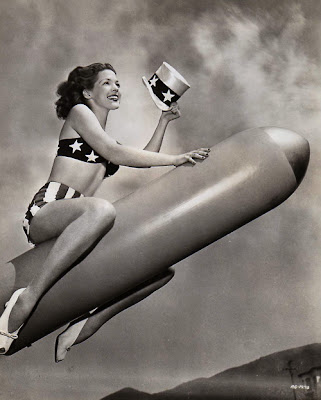 Posted by Steve Miller at 12:30 AM No comments: