Jess Franco at his near-best

A former prison doctor turned mad scientist (Vernon) is abducting party girls with the intent of grafting their skin onto the body of his daughter who was horribly burned in a fire. A none-too-bright Police Onspector (San Martin) is assigned to catch him, but it's the Inspector's lovely girlfriend (Lorys) who does much of the detective work to break the case... and then falls into the maniac's clutches. 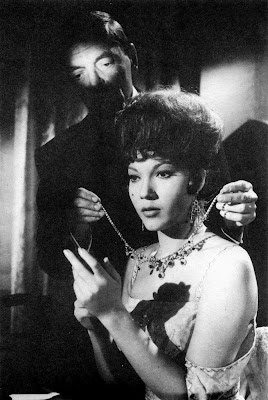 If you've ever wondered what Hammer Films' celebrated gothic horror flicks would have looked like without the touch of an brilliant director like Terrence Fisher, you don't have to look any further than "The Awful Dr. Orlof".

What we have here is a film that's pretty damn good by the standards writer/director Franco sank to later in his career, but when compared to other entries in the gothic horror genre from the late 1950s and early 1960s, it's visually flat, unevenly plotted, and generally un-engaging due to the fact that we never get a real sense of how the various characters in the film fit together. Sure--we know the Inspector and his ballerina girlfriend are soul-mates, but why on earth do Dr. Orlof's henchmen stick with him? Why did he break them out of prison in the first place? And why is he using a blind man to help him with the killing--it's a creepy twist, but it doesn't make a whole lot of sense. Without knowing the answers to these, we never really understand what motivates half the film's main characters... although it's clear Franco thinks we should empathize with them for some reason or another.

This film could have been a crushing bore if not for some fairly effectively staged murder scenes (featuring hints of the gratuitous nudity and sadism that is a hallmark of most of Franco's and the occasional visual flourish where Franco takes full advantage of the black-and-white medium. (The still above is taken from the very best of these... a scene so effectively lit and staged that it's what made me think of Fisher's efforts for Hammer Films.)

"The Awful Dr. Orlof" was not as bad as I had expected it to be, but there are far better films in this genre to check out before you get to this one. That said, I suspect Franco fans will love it, if they haven't already checked it out.

I have just heard that another of my favorite artists has died.

Tony DeZuniga, whose artwork graced the pages of just about any comic book genre you care to mention--passed away today in a hospital in his home country of the Philippines. He was 71. The cause of death has yet to be announced, but he had a stroke this past Tuesday and was already suffering from pneumonia.

I am particularly fond of the work he did on DC's and Marvel's horror titles; DC's "V", "Arak", and "Jonah Hex"; and Marvel's "Fool Killer" mini-series (even if he was unceremoniously and rudely dumped from the title before its completion) and "Conan" black-and-white magazine material. John Buscema reportedly did not like the way his and DeZuniga's styles interacted, but I thought they made a great combo. I also thought he was one of the best inkers for Carmine Infantino... as much as I loved Infantino when he was inked by less "heavy-handed" artists, DeZuniga had a knack for making Infantino more accessible to those who might not otherwise appreciate his unique style. (Their collaborations in the pages of "Spider-Woman" and "V" are ones I was particularly fond of.)

Here are some samples of DeZuniga's artwork. Click here to see other posts featuring some of his art, as well as reviews of graphic novels featuring his work. 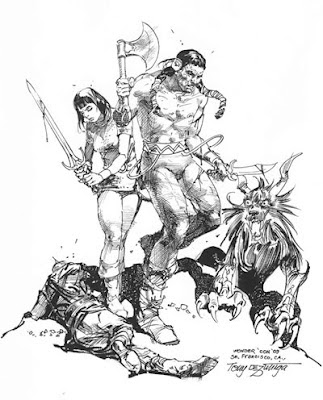 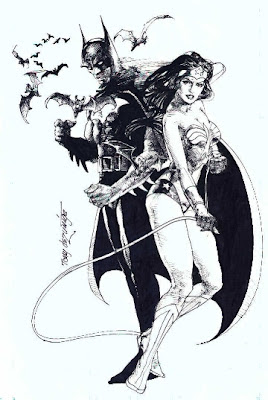 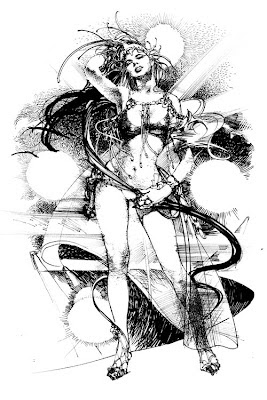 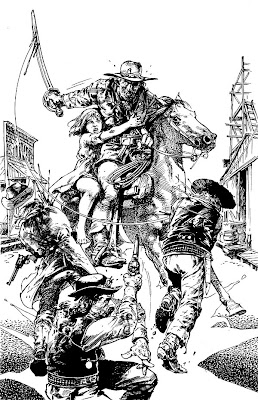 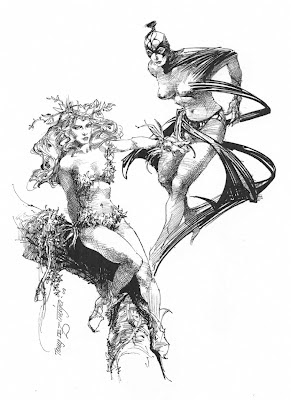 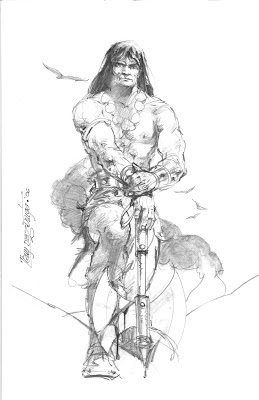 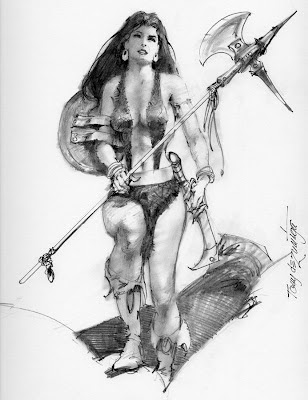 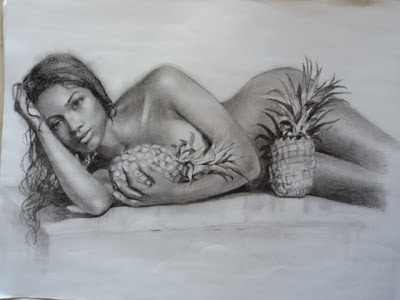 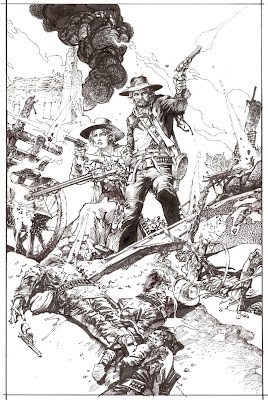 Posted by Steve Miller at 9:44 PM 3 comments: Links to this post 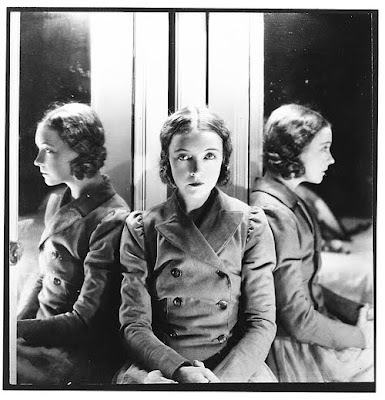 A random photo of silent movie star Lillian Gish.
Posted by Steve Miller at 9:14 AM No comments: Links to this post

Picture Perfect Wednesday:
Who's that girl who's looking (mostly) normal? 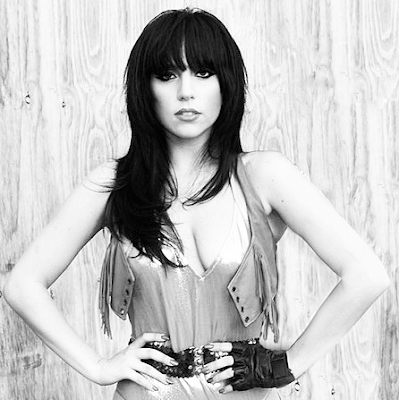 Does anyone know?
Posted by Steve Miller at 4:30 PM 2 comments: Links to this post 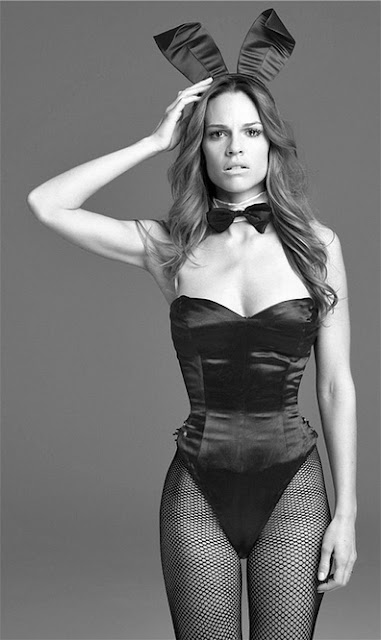 Hilary Swank is ready and willing to step in should the Easter Bunny be unable to perform his duties.
Posted by Steve Miller at 12:02 AM No comments: Links to this post