'I Walked with a Zombie' is
masterpiece of the unexpected

A young Canadian nurse, Betsy (Dee), comes to the West Indies to care for the invalid wife the wife of a plantation manager (Conway). When she falls in love with her employer, Betsy determines to cure her charge, to give her beloved what she things he wants. even if she needs to use voodoo to do it. 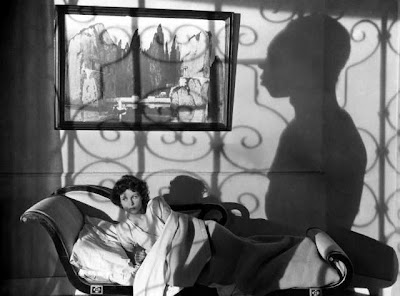 "I Walked With a Zombie" is one of the great classics of the gothic horror genre. With spectacular visuals, characters with murky motivations and natures, dark secrets aplenty, and a pure-hearted young girl who just wants to make everything right and who naively believes she can do so, it's a picture that is far better than its cheesy title would lead you to believe. Like every film produced by Val Lewton at RKO, it's a film that breaks conventions and helped establish cinematic vocabulary that remains in use to this very day. (Lewton's films were among the first to use sound and imagary purely for the purposes of startling the viewer, such as interrupting a quiet scene with a sudden burst of sound.)

The film also succeeds because of the powerful performances by the actors involved and the expert direction by Jacques Tourneur. Too often in films of this vintage, I find myself irritated by the "insta-romance" that springs up between characters--"The Maltese Falcon" and "Notorious" are both excellent movies that are marred by such plot elements--but the pacing of "I Walked With Zombie" and the performances of by the actors are such that that the romance between Betsy and her employer seems natural and believable.

Even more moving than the story and the acting is the film's direction and cinematography. Not a second is wasted and not a scene isn't perfectly staged or shot perfectly framed. The zombie in the film is one of the most chilling to ever be featured on screen, and Betsy's trek through the sugarcane field to the voodoo ceremony is one of the finest examples of how to build dread and suspense.

Anyone who considers themselves a student of horror films MUST see this movie. This goes double if you fancy yourself a filmmaker (or some day want to be one). Don't apply the lable of "genius" to Dario Argento, George Romero and Mario Bava until you've seen how REAL geniuses made movies.