'Murder on the Campus' is a mostly
well-executed who-dunnit

When a student is found shot to death high atop a locked bell tower at the center of a busy college campus, ace reporter Bill Bartlett (Starrett) is intrigued, but still thinks it's just another story. When his girl friend Lillian (Grey) emerges as the only suspect, however, he joins forces with criminologist and science professor Edwen Hawley (Van Sloan) to solve this perfect murder and find the real culprit. 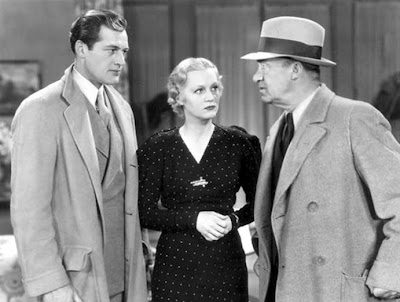 After a shakey start (with some pretty lame acting by Starrett and Grey), "Murder on the Campus" comes together as a fine little murder mystery. It is particularly excellent, because it's one of those films that "plays fair" with the audience--if you're paying attention while watching, you can figure out Whodunnit as the hero does, perhaps even before.

Mostly decently acted and well-written, this film is a nice little gem that I recommend to fans of classic mysteries. The ending isn't quite what I would have expected--nor does it sit completely well with me--but it's in keeping with the rest of the film, so it's not all bad. (I guess this means that the film has a strong main body that starts and ends weakly. Still, it's worth checking out.)