'Wings of Danger' doesn't fly as high as it should

A traffic controller for a small freight company (Scott) becomes suspicious when the brother of his girlfriend apparently crashes his plane during a storm. His investigation puts him on the trail of a smuggling operation... and in danger. 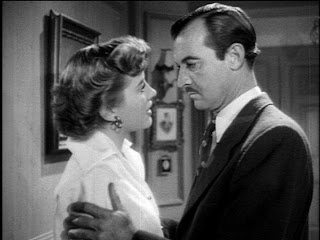 "Wings of Danger" is a simple mystery story that tries to be more by piling on convoluted subplots. It's too much for the thin story to bear, and it drifts from point repeatedly and by the time it gets to the end, most viewers won't care. And that's a shame, because the final fifteen minutes or so are really well done (even if the actual ending is a bit pat).

Ultimately, this isn't a bad movie but it could be a lot more. The only thing that really recommends it is the moody cinematography of Terence Fisher. Even the acting is a bit on the weak side, which is unusual for a Fisher film; he usually gets the very best out of his actors.