'The Glass Tomb' isn't worth visiting

A sideshow promoter (Ireland) comes under suspicion of being a killer-for-hire when the lover of a backer of his latest show is murdered. He is eventually cleared... but only because other murders occurr. 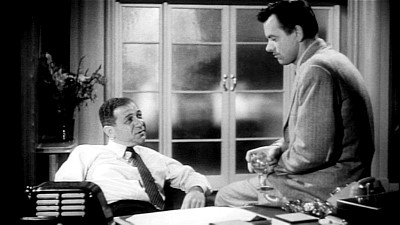 "The Glass Tomb" is a movie that feels like its script was the product of the writer combining material cut from other projects and then spending an afternoon or two doing some half-assed rewrites in an attempt to make a coherent whole.

Although the murderer's identity is revealed to the audience about halfway through the movie, some of the scenes proceed as if the murderer's ID is still supposed to be a surprise to us. (And even if we HADN'T known the killer's ID, the characters should have figured it well before we did, because it's not that hard if anyone in the film had been immune from Stupid Character Syndrome.)

"The Glass Tomb" has the further problem that none of the characters are well-developed enough for the viewer to feel particularly attached to anyone, nor even fully understand what role they play in the story. This causes the film to completely fail as a thriller and to fizzle as even a Columbo-esque mystery. This underdevelopment of characters is perhaps the film's greatest flaw, particularly when it comes to the central character and his family. He seems very interested in keeping them separate from his showbusiness and circus life, yet we never fully understand why. A little more insight in this area in particular could have helped up the tension when his wife comes under threat.

There are actually plenty of good story ideas in "The Glass Tomb". If only the writer, producers and directors had picked one or two of them to focus on and left the rest for other projects, this might have been a decent film. As it is, it's a film that even the most ardent genre fan can ignore.