When a down-and-out man with a secret past (Powell) is hired as the butler for the most dysfunctional family of New York City's wealthy elite, what starts as a cruel joke ultimately ends up transforming the lives of everyone involved. 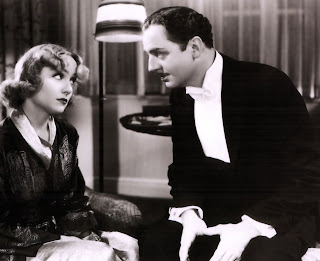 "My Man Godfrey" is one of the great comedies of the 1930s. Its fast-paced script, hilarious gags, and the top-notch cast that performs them with impeccable comic timing, makes it a movie that should still entertain all but the most brain-damaged members of Generation XBox. If you've seen William Powell in the more famous "Thin Man" series and you liked him there, you definitely need to see this movie as he gives an even better performance as the mysterious Godfrey Smith--a man retrieved from the city dump by a pair of flighty and drunken socialites, yet who has more class, polish and social grace in his left hand than they have in their entire family.

Another reason to watch the film is that the social commentary within it remains as relevant today as it was in 1936. It's particularly worth watching if you're a filmmaker or writer who wants to create a "message movie", as this film shows how to do it the RIGHT way.

Michael Moore, David Zucker and any number of other modern filmmakers who think they have important messages worth listening to should be forced to watch and write a 5,000 essay on "My Man Godfrey" before they are let anywhere near a film production again.

(And on a different note, I am hereby offering a public admission of being wrong. I told a fellow film enthusiast that I didn't think it mattered if comedies were colorized--dramas were ruined by the colorization process because it leaches the blackness from the shadows and dampens the brightness of the lit areas--and he told me that I was mistaken. Naturally, I disagreed. But the version of "My Man Godfrey" that I saw had both the original and a very well done colorized version on the same disk. However, despite the fact that the colorization job was excellent, the end result was still one that was flat and visually uninteresting. So, I have to admit that colorization hurts any kind of film that was originally filmed in black-and-white.)