Ed Wood and the Criminal Mind 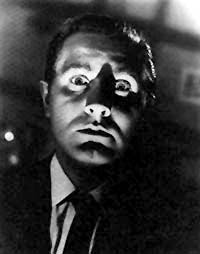 Edward D. Wood Jr. is remembered by history as a cinematic sad-sack. He was a dreamer who never put in the effort to learn the craft of writing or filmmaking, and all his excitement and hopes couldn't replace craftsmanship. His films are universally shoddy to say the least.

Wood's most famous pictures are the ones he made with Bela Lugosi (including his best work, the very heartfelt and bizarre "Glen or Glenda?"). You can read my reviews of those films here, at a blog closely related to this one, The Bela Lugosi Collection.

In this article, however, I discuss Wood's two attempts at the film noir genre, one which was a solo effort and another where he simpl wrote the script for another (equally inept) filmmaker. 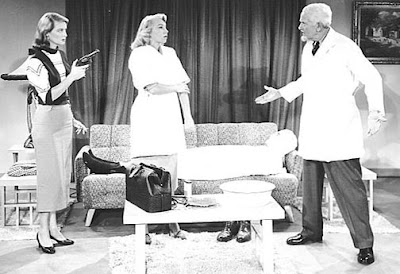 The acting is universally awful, although in the case of Rawlinson and Talbot, I think the performance is more a result of what they had to work with and WHO they had to work with than a lack of talent; both men have been much better in other films. Talbot was never particularly amazing, but he was far better in "Trapped By Television," for example. (Although, it might speak volumes of Rawlinson's professionalism that he was willing to deliver a classic Ed Wood lines like "This afternoon we had a long telephone conversation earlier in the day." Although, why no one on the set didn't say, "Hey, Ed... should this line be 'We had a long telephone coversation earlier this day' or 'This afternoon we had a long telephone conversation'?" I can't possibly imagine.)

The story is also padded and drawn out, first by a pointless bit of older footage of a boring burlesque dancer and then by a handful of overwrought scenes of questionable value. Basically, Wood crams 45 minutes of excitement into a 70-minute running time.

There are some interesting ideas plot-wise, though. I think that with a more competent director, a better cast, a script that had been revised by someone who could read, and a budget of more than $32 for sets and make-up--even the most generous and most imaginative of viewers couldn't possibly consider the shabby set that is the home of gangster Vic Brady's kept woman "fancy", no matter how much the characters insist that it is--this could have been a decent crime drama. It might even have been touching at times, with its message about supportive fathers and love between family members.
But, none of that is the case, and this ends up being a weak effort, even by Edward D. Wood, Jr. standards.

Still, there's enough quirky charm here to make "Jail Bait" worthy of adding to the line-up for a "Bad Movie Night." Just know that the title is misleading--its taken from a line delivered by Fuller's character, where she refers to her brother's unregistered handgun as "jail bait"... the phrase must have meant something different in 1953, or at least something different to Ed Wood.

The neglected daughter of a socialite and a workaholic newspaper editor forms a gang of other girls who receive everything but attention from their parents. Together, they go on an ever-escalating crime-spree that involves gas station robberies, the rape of young men, and even the desecration of the American flag! 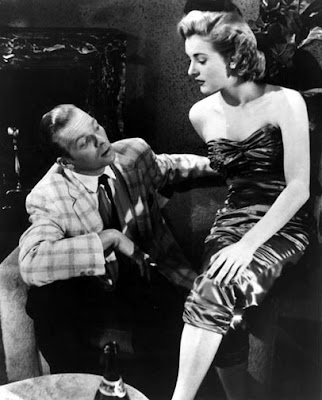 "The Violent Years" is a film written by the infamous Edward Wood, a screenwriter and director whose flims only redeeming qualities were that the passion he had for filmmaking managed to show through the cheap sets, bad acting, and incompetent direction, and the quirky sort of poetic cadence that was present in his dialogue. (Of course, also present were awful lines like, "It's hard for an old friend to sit in judgement of an old friend.") Although one might think that another director at the helm of this movie might elevate above Ed Wood's usual low standards, but it happens that William Morgan is about as skilled a craftsman as Wood.

That said, this film still has has its decent points. First off, it has a message that is equally valid today. Parents need to do more parenting--as in, they need to set aside their own interests and desires for the years when they should be focusing on guiding and nurturing the young lives they've brought into this world--if we're to pull American society out of the tailspin it's been in for the past 50 years. It's delivered in so hamfisted a fashion that it makes "Reefer Madness" seem subtle, but it's a message that I wish would reach reach the appropriate ears and one that I wish would be heeded. It also features a nice reversal of the oft-featured gang-rape scene in these sorts of youth crime films, and perhaps one of the most creative executions of a car crash in a film where the budget didn't allow for a car crash. Oh... and just about every female character who you might want to see in tight clothes is indeed wearing tight clothes. If only real life had so many firm bosoms in tight sweaters!

On the downside, we've got some pretty horrible acting that's matched only by the film's horrible casting. The teenage wild things, who are around 15 or 16 years old according to the film's story, are played by actresses who are obviously in their late 20s or early 30s, something which lends an air of rediculousnesses to the story. Further, we once again are treated to some of the cheapest looking homes of rich people that have ever been put on film. (Ed Wood kept writing about fancy homes, but the sets in his movies never rose to even being close to believable on that count.)

Of course, there's also plenty of "so bad they're good" moments in the film, such as the pajama party, the shoot-out, and the aforementioned rape scene which is on one hand as creepy and disturbing as it needs to be, but undermined by an illogical simultaneous escape scene.

Like Ed Wood's other message picture, "Glen or Glenda?", "The Violent Years" delivers a point that is worth taking to heart--while the previous film asked for tolerance of those who are different, this film calls for parents to live up to their responsibilities and presents us with an over-the-top example of the consequences of parental neglect. And it has the added benefit of delivering its message wrapped in tight sweaters.