'Young and Innocent' is classic, if overlooked, Hitchcock 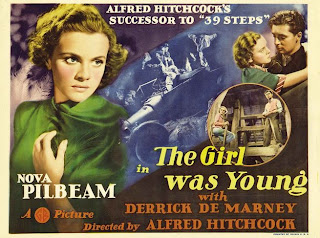 "Young and Innocent" is not one of Hitchcock's best-known films, and this is a shame. It is one of his most entertaining films from the 30s, featuring suspenseful situations, charming characters portrayed by excellent actors, snappy, witty dialogue, and fabulous camera work. This under-appreciated film deserves more viewers!

The story revolves around a destitute writer who is accused of murdering a truly bitchy movie star. Locating his missing raincoat seems to be the key to proving his innocence and finding the real killer, but between an incompetant attorney and policemen wanting a quick end to the case, he seems destined to hang. But that is until he slips from the courthouse during a moment of confusion. He is joined in his mad dash for evidence by the domestic, yet-tomboyish and strong-willed daughter of the local chief of police. Will the unlikely pair manage to clear our hero's name before he is recaptured by the police? 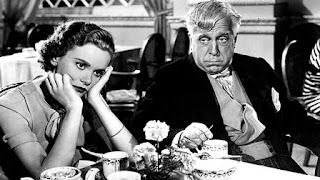 This film shares a number of similar elements with the better-known "The 39 Steps." However, unlike that film, in which the modern viewer is able to see the end coming about twenty minutes before it arrives, "Young and Innocent" keeps the viewer on the edge of his seat up to the very end. The climactic nightclub sequence is particularly well-done, thrilling, and one of the most Hitchcockian Hitchcock scenes of them all.

Additionally, Nova Pilbeam gives a stellar performance in this film. She was a successful child star whose career faded as she grew older, with work pretty much having dried up completely for her by the end of the 1940s.