'Cheating Blondes' can safely be avoided

After her would-be rapist is shot, Anne Merrick (Todd) assumes the identity of her missing twin sister, Elaine (also Todd), to avoid being charged with murder. Meanwhile, her rejected newspaper reporter would-be husband (Harolde) is devoting every waking moment to see her captured, tried, and executed. 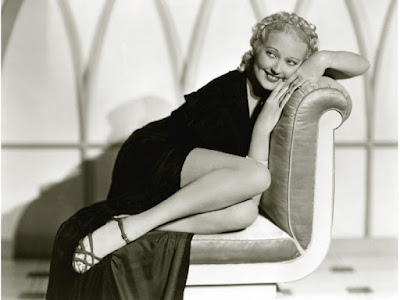 "Cheating Blondes" has some interesting issues at its core--domestic abuse and the problems that arise in society when women are treated as if they have less value than men. There is literally not a male character in the film who doesn't view women as things that are to be counted among their possessions, or treated as commodities, and there isn't a female character who doesn't suffer in some way because of it. There's also a hint of a murder mystery in the film... and it may have been more than a hint, or less of a mystery, if I'd been able to watch the entire film.

Unfortunately, there is a complete reel missing in the copy that's available on DVD, and it's a chunk of the film that contains a whole lot of plot that explains how Anne made contact with her sister's agent Mike Goldfish (Milton Wallis) and personal trainer Polly (Inez Courtney) and assumed her sister's identity with their knowledge and blessing; explains the connection between the agent and sister Elaine's weathy admirer Gilbert Frayle (Earl McCarthy); establishing a mystery around who actually shot the wife-beating, would-be rapist (Brooks Benedict); and further expands on the evidence that Ralf Harolde's reporter character is an absolute prick.

At least I assume that all those things happen in the 12 or so missing minutes, because, if they don't, then this is one of most disjointed, badly developed films of all time. There might even be something in there to make the title make sense, because right now, this film has a distinct lack of "cheating blondes". (In all seriousness, SOME or all of things must have been covered, because even the worst screenwriter and director in the world would have set up the developments that happen later in the film to at least a small degree, instead of having them drop on the confused viewer.) 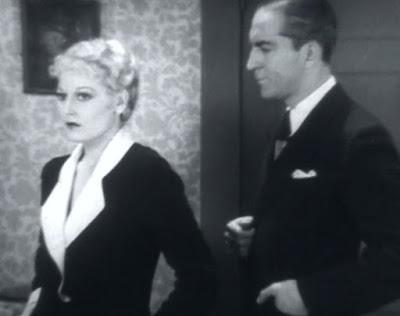 That missing chunck of the film--a very key chunk--makes it hard to evaluate this film, because I really can't be sure to what degree my assumptions are right or wrong. For example, while watching the film, I was convinced that the manager had murdered Anne's sister, Elaine, because she was dropping him as an agent, but this turns out to be wrong assumption. Likewise, I suspect Mae Busch's and Ralf Harolde's character's got more development, because their behavior in the second half of the film seems like it needed more set-up than what is here. The same is true of some of the film's ending. Depending on what was in that missing piece, my rating could be one Star higher or lower... but I doubt I'll ever know what I missed.

While what there is here gets off to a slightly shakey start--Thelma Todd is quite terrible in the scene she has with Dorothy Gulliver, lending more credence to my theory that her performance is greatly impacted by whom she's playing off--but it quickly picks up, as everyone else is pretty decent. Even Todd is better in her later scenes, including one with Gulliver, so the movie is worth sticking with. Evenmoreso, this is an interesting bit of film due to its very stark treatment of sexism and misogny. Sexism, and even spousal abuse, is something that's just part of the fabric of life in many of these films from 1930s--because it probably was just a part of the fabric of life--but in "Cheating Blondes", treating women like objects or somehow lesser people is very much presented as a negative: It gets one characer killed and it literally ruins an otherwise successful career of another character. Meanwhile, the male character who recognizes that his presumptious and demanding behavior toward Todd's character Anne is unreasonable and uncivilized, and apologizes for and corrects his behavior, gets to enjoy a happy ending.

"Cheating Blondes" is available on DVD with "Cheers of the Crowd", a movie that isn't missing any pieces, but which also isn't all that good. If "Cheating Blondes" does sound interesting to you, I recommend you view it at one of several free online sources.