No cheers for 'Cheers of the Crowd"

When a publicity stunt staged to save an failing Broadway show succeeds beyond his wildest imagination, Lee Adams (Hopton) exposes his boss (Dilson) to blackmail by a sleazy business manager (Page); his reporter girlfriend (Ware) to career ruin; and an old friend (Holman) to possible jail-time. 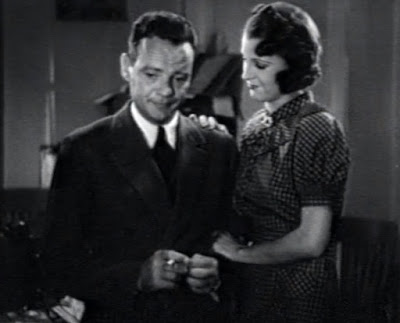 "Cheers of the Crowd" has a nice set-up, unfolds in a steady fashion with complications and stakes-raisings happening pretty much when you'd expect them to, and then wraps itself up in a happy ending for all--except the bad guy. And yet, the film doesn't work, because this very well constructed frame has been draped with half-developed story elements that the scriptwriter appears to have been afraid of taking as far as they needed to go, or which go nowhere.

The perfect storm of these flaws is embodied in the film's rather unremarkable villain. There are some really interesting story elements hinted at in his actions and references made to other characters, but they aren't developed. Even his final fate at the end of the movie is half-baked and unsatisfactory (unlike the nice wrap-ups that every other character gets).

It's a shame the film has such a shoddy script, because the actors all give nice performances... and they are especially admirable since much of the cast were at the end of their careers. (It's always sad to realize that Irene Ware, who was done in not due to a lack of talent or dedication, but due to being part of failed projects. She doesn't have much to do in this film, but she brightens every scene she's in.)

"Cheers of the Crowd" can be streamed without additional charge by Amazon Prime members. I'm not sure if it's worth you time, though. It's a generally uplifting move story-wise, but the execution is sorely lacking.