'Whispering Whoopee' is lots of fun

Charley (Chase) hires three escorts (Brinkman, Garvin, and Todd) to service three members of the Rockaway Chamber of Commerce (Henderson, Holz, and Stockdale) to help him close a land sale. After it initially seems his plan is doomed to failure, the party gets wilder than Charley anticipated. 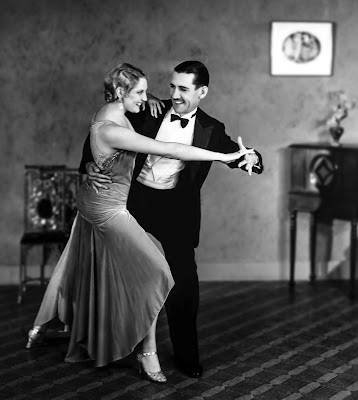 "Whispering Whoopee" is a straight-forward comedy with a simple plot and mostly straight-forward, simple jokes, but every one of those jokes lands perfectly, and every cast member is great in their parts. The picture was written and filmed on a very tight schedule, as it was conceived in order to keep cast and crew working, and the Hal Roach Studio's release schedule on track, when bad weather delayed filming of the many outdoor scenes in the golfing-based comedy "All Teed Up". Given the circumstances under which it was created and filmed, it's really impressive how perfect everything seems. The pinnacle of the film is a scene where all the characters are spraying each other with seltzer water, and there's a bit in there that makes fun of synchronized swimming/ice dancing that underscores the simplicity of the movie's humor but also that the exactness in its delivery makes it exceptional.

While Charley Chase is the lead in the film, it is also very much an ensemble comedy. Each actor gets to do their own bits, or a bit with a partner. Among Chase's co-stars, Dolores Brinkman gets some of the best lines, and she shows herself to have plenty of screen presence and comedic timing. It's a shame that she never managed to propel her acting career above the level of bit parts, because, based on what I see her, she had plenty of talent. She also plays the role in this film that I would assume would have been filled by Todd if this film had not been inserted into the production schedule the way it was; Todd is seen in fewer shots than other cast members, and of the ladies in the film she has has the fewest lines; I assume she may have been going to other sets even while working on "Making Whoopee".

Getting back to Brinkman for a moment: As things would turn out, her role in "Making Whoopee" would be her final screen appearance. Interestingly, Chase's co-star in "One of the Smiths", Peggy Howard, was also a pretty actress who never "made it", and who's last credit was in a Charley Chase film. I wonder if I will find this to be pattern as I watch more of Chase's films from the early 1930s. Together with Hal Roach, Chase was in the process of turning Thelma Todd into a hugely popular comedienne... perhaps they were trying to capture that same magic with another actress? This seems like a reasonable idea to me, since, mere months after this film was made, Todd would be headlining her own series of comedic shorts. Perhaps Chase and Roach were perhaps looking ahead to fill Todd's role in the line-up of performers working with Chase? Perhaps they were looking for someone to team with Todd in the series of films that Roach was already considering--films starring the "Female Laurel & Hardy"? 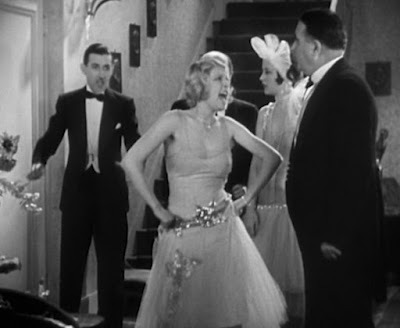 I confess that I have neither the historical knowledge, nor the drive to do the research, to elevate anything in the previous paragraph past the level of speculation. Over the next few months, however, as I watch more Charley Chase and Thelma Todd films, as well as a smattering of Laurel & Hardy and other Hal Roach productions, and do my usual superficial research into the actors appearing in them, maybe I'll find something to either prove or disprove the speculation above.

All that is tangential to "Whispering Whoopee", which is a hilarious comedy that makes it easy to see why Charley Chase was second only in popularity to Laurel & Hardy when it came to Hal Roach's galaxy of stars. It's a shame that he and his work is mostly forgotten, but it's also easy to see why: His films are more rooted in the culture of the time within which they were made than the Laurel & Hardy pictures were. Comedies driven by Chase were focused more around social situations, while those with Stan Laurel's brain behind them were more about the human condition, so the latter have stood the test of time better. Nonetheless, a 90-year-old Charley Chase film is more finely crafted and funnier than many modern comedies, and I'll take a quickie production like "Whispering Whoopee" over almost any modern sit-com I've sampled in recent years.

"Whispering Whoopee" is one of 17 short films starring Charlie Chase that are included in the two DVD set Charley Chase at Hal Roach: The Talkies 1930 - 1931. Many of them also feature or co-star Thelma Todd, James Finlayson, and other popular Roach regulars.