Early in his career, during the Silent Film Days, Charley Chase made a comedy or two where he was a city slicker trying to get by in hillbilly country. He must have found something appealing and/or inherently funny about backwoods, rural culture, because he returned to that well at least twice more during his career. I cover those films today.

One interesting similarity between the two films I comment on in this post (in addition to the hillbilly settings) is that each features a dance number where Chase does a gag involving a disability. In both films, the cast performs a Virginia Reel, with Chase clowning around while dancing with his leading lady. Chase also performs a folk song in each film; in "The Real McCoy" he also plays half a dozen or so instruments--ranging from a fiddle to a mouth-harp--and in "One of the Smiths" he harmonizes with himself thanks to a drunken hallucination by one of the characters, and, of course special effects. (And on a complete side-note, a film where everything is set up for Chase to perform a song--without being roped into it like he is in both of these--is "Thundering Tenors", but he DOESN'T perform a song in that one.

Charley, a speed-loving driver from the big city (Chase), and a Highway Patrol Officer Cicero (Kennedy) are stuck in a remote mountain village after their chase leads them to a crash. They declare a tempoary truce, because Charley falls in love with a local girl, Thelma (Todd), and sets about pretending to be a mountain man so he can woo her. 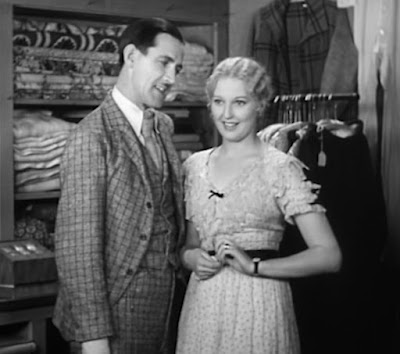 I loved how tightly scripted this film was. Each gag is meticulously set up through something a character says or does, and often-times a gag is the set-up for an even bigger gag that follows. What's more, almost every joke and gag actively furthers the plot in some way. There is literally not a second of screen time that's wasted in this film. For example, a scene that developes the romantic relationship between Charley and Thelma also sets up the circumstances under which he is eventually unmasked as an interloper in the mountain community.

Not only is the script tight, but it gives each significant cast member something to do that plays to their strengths. This generally means that they are "straight-men" to Chase's antics, but their parts allow them to shine to the point where his main supporting players--Edgar Kennedy and Thelma Todd--feel like they are co-stars. Chase was the first filmmaker to fully use Todd's comedic abilities, and in every film they made together, she gets to do some schtick... and do it while looking pretty. Here, she takes part in a bit involving a skin cap and a skunk, and later in a sequence where the two of them must escape from angry townsfolk. She is mostly reacting to Chase in the scenes, but she hams it up in a most amusing fashion while doing it. Chase is the star of the film, but his best scenes are shared with Todd.

(Todd would be Chase's primary leading lady during 1930 and 1931, after which studio boss Hal Roach gave her a comedy series of her own. Todd headlined nearly 40 films in this series between 1931 and her untimely death in 1935, and she proved herself a master of every type of comedy, proving that Chase's eye for talent was a sharp one.)

An employee of a company that manufactures trumpets and other brass musician instruments (Chase) is dispatched to the remote mountain town of Beaver's Dam to locate and repossess dozens of instruments that have been delivered there and not paid for. Upon arriving in the town, he finds the citizens to be musically inclined, but none are playing the missing brass instruments. A local girl (Howard) warns him of the dangers of investigating this matter, but when he persists, she helps by vouching for him as being one of the Smith Boys from a neighboring town. Will the mystery of the missing instruments be solved... and will our hero escape from hillbilly country alive? 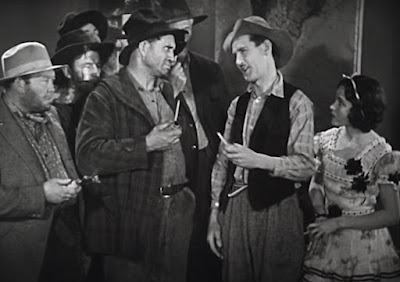 "One of the Smiths" breaks into two distinct parts--Charley's journey to the town of Beaver's Dam, followed by adventure in the town itself, with some bridging business in between. The first section is mostly made up of a hilarious bit where Chase tries to fit himself and his luggage (which includes a tuba, because his intended cover is as a traveling salesman of musical instruments) into a small upper berth in a train's sleeper car. It only gets funnier once he manages to get situated and falls asleep, inadvertently causing even more chaos. This part of the film is mostly prop humor, and it's very well done.

After a stunt involving the moving train (which I won't go into details about because it'll ruin some of the fun), and Charley's meeting with the cute country girl Sally (Peggy Howard), the rest of the action takes place in Beaver's Dam. The humor here is varied, and Chase gets to show that he's equally adept at verbal humor, prop humor, and physical gags. He also gets to showcase his talent as a singer when he has to prove his his identity by performing a song to the assembled townsfolk, since his assumed identity comes from a musical family. Eventually, his cover is blown, and he has to flee to stay alive... but not before finding out what happened to those musical instruments.

As mentioned above, this film was one of several trips that Charley Chase took to hillbilly country in the service of comedy. "One of the Smiths" has numerous similarities to the film he made just a year prior--folk music, folk dancing, clannish locals out the lookout for Revenuers, just to name a few--but unlike "The Real McCoy" which felt like an ensemble piece, this is very much Chase's film, with him standing as its single and clear star. The most surprising appearance is that by James Finlayson, who has perhaps the smallest role I've ever seen him in (he still plays it to the hilt and is very funny), but even Chase's leading lady in this picture does little more than look pretty.

Even though "One of the Smiths" is pretty much the Charley Chase Show, or maybe BECAUSE it's the Charley Chase Show, it's still a fast-moving, very funny, and well-constructed comedy. When I realized it was so severely divided into two halves, I was expecting to be irritated by dangling plot threads and unresolved character issues by the end, but I was instead pleasantly surprised. Chase had a reputation for his films being carefully plotted and precisely executed, and he lives up to that reputation even here, as the final scene brings both halves together neatly.


Trivia: Peggy Howard (who plays country girl Sally in "One of the Smiths") makes her final screen appearance in this movie. Her screen career was short--she only has three Hollywood credits listed at IMDB--and her role here was the most significant. Thelma Todd was in those other two films, so it's possible that Howard and Todd were friends, or that Todd thought she was the right actress to replace her as Charley Chase's leading lady and recommended her to him. However Howard came to appear in this film, it was the end of her Hollywood aspirations.
Posted by Steve Miller at 5:33 PM