'The Devil's Party' is okay but not much more

Five childhood friends, now grown up and successful each in their own different walks of life, hold their annual reunion. It's disrupted this year when the professional life of one (McLaglen)--a nightclub owner who also runs an illegal gambling operation--of the friends collide with the professional life of two others--now police officcers (Gargen and Gallaudet)--with deadly consequences for some, and tragic consequences for all. 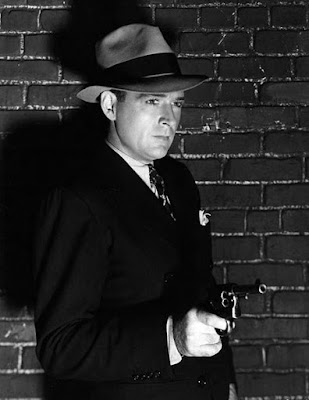 Well-acted and decently filmed--this is one of those movies that takes full advantage of the black-and-white medium, with deep shadows and creative camera-work to heighten mood--the film is nonetheless boring and predictable at every turn. It's only 65 minutes long, yet it starts dragging at about the 30-minute mark, and it feels like it's far longer than it really is.

Given the overall decent quality of the film, I think it's just that this story has been told so many times (and told better) in the 70 or so years since this film was made, I think this is one movie that history has left behind, and a film that the modern viewer can safely skip.