'Maids ala Mode' is fun but flawed

After a particularly grueling day at work, Thelma (Todd) and ZaSu (Pitts), respectively a runway model and seamstress for a high-end fashion designer (Gilbert), "borrow" two dresses to attend a party hosted by an acquaintance (White). Unfortunately for them, their boss was also invited... 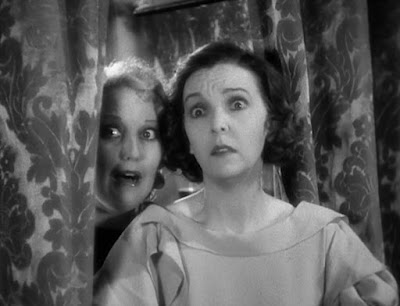 "Maids ala Mode" is another entry in the Thelma Todd/ZaSu Pitts series of short comedies that's a mixed bag, quality-wise.

On the plus side, it's got some really charming and funny performances from the two leads, as well as supporting cast members Billy Gilbert (as the girls' excitable German boss) and Leo White (as a flamboyant artist and high-socity gadfly for whom Thelma had once modeled). Gilbert and White also get some of the funniest lines, although they're enhanced because they're bouncing off Thelma Todd acting as the closest thing this short has to a straight-man. Certain viewers will also appreciate that the bits with the scantily clad women are all frontloaded in the film, during the fashion show that opens the film, including the nearly obligatory scene of Thelma Todd in her underwear. Finally, and this is a big plus, our heroines aren't crowded out of their own story as has happened in other films in the series. 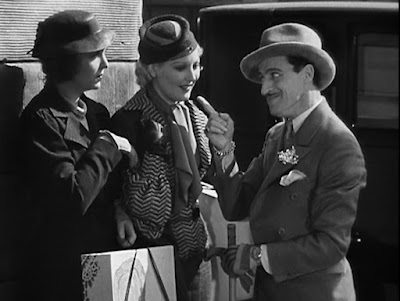 On the downside, despite some really clever lines delivered during some really charming performances, the film is dragged down by the fact that almost every bit of physical comedy is either not very funny, or is dragged out to the point where the bit becomes tedious. This trend of not-knowing-when-to-quit, or not being willing to edit a bit into a more amusing length and shape, has been a flaw I've found with several of the short films Todd headlined either with ZaSu Pitts or Patsy Kelly. I really think this was an attempt to cover for a lack of effort when it came to creating the stories for these films--a belief that I think is underscored by the fact that this is another film that doesn't so much end as just stop. On the other hand, the resolution-free ending does come shortly after one of the film's funnier moments generated by a slight twist on the standard rule of three comedic structure... but an actual ending would have been nice.

Ultimately, "Maids a la Mode" is a flawed but entertaining little movie. The good outweighs the bad, and, while it's not one of the best of the 17 films Thelma Todd and ZaSu Pitts made together, it's far from the worst.