After causing a traffic cop (Burtis) to be fired, Thelma and ZaSu (Todd and Pitts) take him in as a roommate while they try to find him a new job. 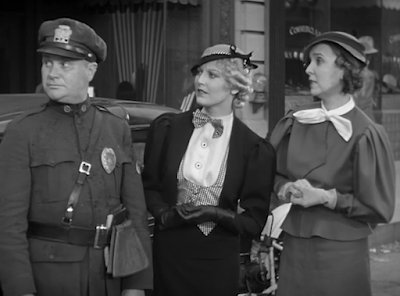 "The Bargain of the Century" was one of the last films that Thelma Todd and ZaSu Pitts made together. It is also the only installment in the Thelma Todd-headlined comedy series that was directed by the great Charley Chase. This is shame, because every moment of this film shows the influence of the master comedic craftsman that Chase was.

While the film has a relatively  thin plot, every element of it is motivated and ties in with every other element, each set-up pays off with a gag--including individual gags which sometimes are there to set up ones that are coming up later, and each cast member gets their turn on center stage while not crowding out any other performers. As in other films she made with Chase, Todd gives a great performance; he really had an ability to bring out the very best in her. In fact, everyone appearing in this film gives excellent performances.

The only serious complaint I can mount about "The Bargain of the Century" is that I wanted more of what's here. I think this film could easily have been a full-length feature, just based on the hints we get regarding the talents and interests of unfortunate police officer Buttersworth (James Burtis) when he decides to install home security systems in the apartment he shares with Thelma and ZaSu; his efforts to launch a career as an inventor or engineer in the wake of losing his police job could have easily been enough to extend this out to a full-length movie. Also, the reversal of sex roles on display is also could have led to expanded comedic bits, as we see in the scene where Thelma gets angry because Buttersworth doesn't have dinner ready when she comes home after a long day at work. The fact that I was left wanting more in the wake of the very satisfying ending to this picture is a testament to the artistry and skill that went into producing this film.

"The Bargain of the Century" is one of 17 films that Thelma Todd and ZaSu Pitts starred in together, and they can all be had on in a single two-disc DVD collection. Not every one of these is a winner, but there are some real gems among that that make the set well worth the purchase price if you like classic short comedies.