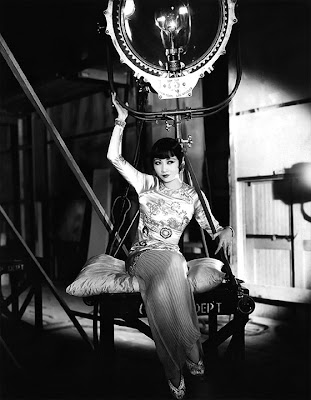 Born in 1905, Anna May Wong (aka Liu-Tsong Wong) was the first Chinese-American movie star. Born to parents who ran a laundry service, her dreams of being an actress overcame both the disapproval of her conservative family and the deeply ingrained racism of the emerging film industry. 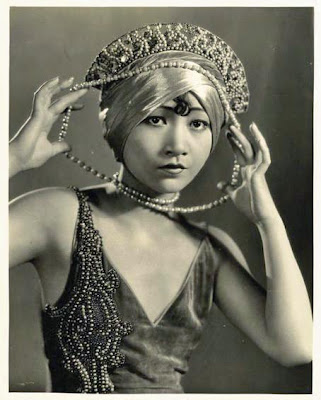 Although her name was a big draw with the public during the late silent movie period, and made she made a successful transition to talkies and became an even bigger star, Wong became frustrated with the racist attitudes of Hollywood that kept her from playing truly choice roles. She started making films both in Europe and the United States, thus also becoming the first international Chinese American movie star. 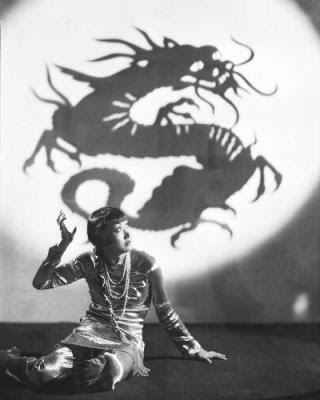 In 1935, Wong traveled to her ancestral homeland of China where she once again discovered that she was once again popular with movie-goers, but treated with disdain by the Chinese film community and even the very government. Once again, she ran head-long into institutional racism, this time from her "own people."

Wong wrote, "It's a pretty sad situation to be rejected by Chinese because I'm 'too American' and by American producers because they prefer other races to act Chinese parts."

In the late 1930s, Wong finally got her chance to play the non-stereotypical roles she had been desperate for her entire career. Paramount featured her in a string of B-movies that let her "play against type" and portray Chinese women who were successful business people or doctors. 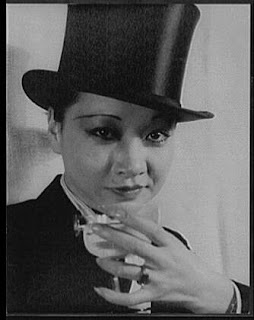 As Japanese aggression spread across the Pacific and the facts about their brutality in occupied China came to light, Wong devoted her fame and fortune to assisting Chinese refugees and related causes. During the 1940s, she appeared only in a few movies, but they were all geared toward the war effort against Japan.

In 1952, Wong had her first and only major television role, starring in "The Gallery of Madame Liu-Tsong." a short-lived detective show for a long-defunct network. No copies of the episodes, scripts, or promotional materials for the program are known to exist. That series was also her final major acting job, as her health began to rapidly deteriorate afterwards, due to a number of ailments brought on by smoking, drinking, and chronic depression. She passed away in 1961 from a heart attack.

Anna May Wong was honored in 1960 with a star on Hollywood's Walk of Fame, and an award named after her--the Anna May Wong Award of Excellence--is given out yearly at the Asian-American Arts Awards.

For more about Anna May Wong, check out this interesting website.

You can click here for more pictures of Anna May Wong at Cinema Steve, as well as information about how she may or may not have been the cause of earthquakes in the 1929 and 1942.
Posted by Steve Miller at 12:01 AM