'The Corpse Vanishes' will make you appreciate your family

Certifiable madman and scientific genius Prof. Lorenz (Lugosi) is placing beautiful, virgin brides into deathlike states at the altar with specially created orchids. He then steals the bodies and drains glandular fluids from them to create a concoction that keeps is even crazier wife looking youthful. His scientific fountain of youth is threatened when society columnist and wanna-be hardnosed reporter Patricia Hunter (Walters) grows suspicious and pays him a visit at his isolated home. Will she bring in the scoop of the year, or will she herself become a victim? 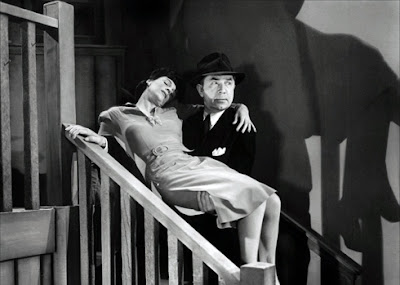 "The Corpse Vanishes" is a pretty standard mad scientist vs. plucky girl reporter lightweight horror movie... except for the bizarre group of characters that make up Lorenz's household.

From Lorenz's wife (who sleeps in a coffin for no apparent reason) to the house-keeper (a doomsaying withered old hag), her bestial son (who likes fondling the comotose brides Lorenz brings home, not to mention our heroine when she stays the night at the house), to her midget son (who serves as valet, butler, and Lorenz's chief henchman), to Lorenz himself (who at one moment refers to them as his "strange family" and the next moment is threatening to kill them... not to mention the whole abducting of brides thing), this is the weirdest household this side of the Manson Family.

No matter how freaky your family is, if you watch this film before going to celebrate a holiday with them, you will be able to say to yourself, "Eh... they could be worse."

Aside from the Lorenz household, everything else is pretty much stock here--including our heroine and the bland love interest she picks up--but the fast-paced story keeps things lively and moving.

Lugosi gives a standard performance. Although he has quite a bit of screen time, he doesn't have alot do to, except to be a centerpiece around which other, stranger characters orbit.