'Things Happen at Night' is best viewed as sleep aid

When his daughter (Vaughan) becomes the conduit for a fire-starting poltergeist, Mr. Prescott (Drayton) teams with an insurance adjuster (Harker) and a paranormal investigator to annoy the spirit and drive it out. 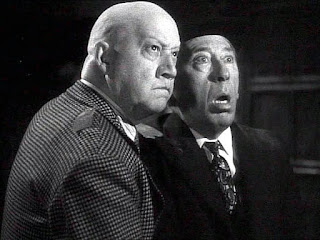 "Things Happen at Night" is a weak attempt at a horror comedy. It features a nice cast of actors who labor mightily with the bad script, but who ultimately can't overcome the material. There's very little reason to watch this film unless you're the world's biggest fan of comedian Gordon Harker... or you're looking for a drug-free sleep aid.

(I came across this film in the "Dark Crimes" 50-movie collection, and it was the odd-film-out, with its supernatural overtones in a set of crime dramas and film noir-type pieces.)