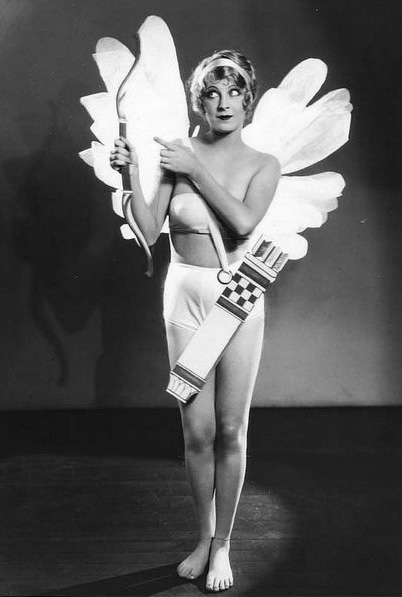 Okay... so today's post may have been more suitable as part of a Ranged Weapons Wednesday series, but since this is Friday and Valentine's Day, I couldn't pass on the chance to present these pics of Dolores Brinkman hamming it up as a gender-reversed Cupid. 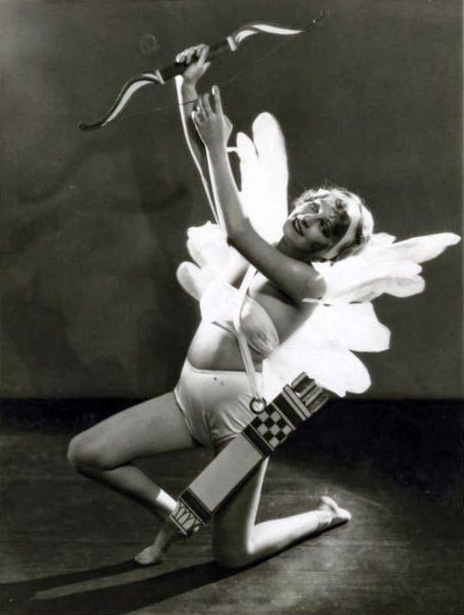 Born in 1910, Brinkman began acting as a young teenager. Her brief film career consisted of appearances in roughly a dozen movies made over the six year period from 1924 to 1930. Her final film appearance was in the comedy "Whispering Whoopie". She held her own opposite comedy legends like Charley Chase and Thelma Todd, and it shows that she had plenty of talent.

But, in 1930, Brinkman walked away from performing and spent the rest of her life trying to avoid the public eye. She was so intent on anonymity that she requested no obituary be published upon her death. 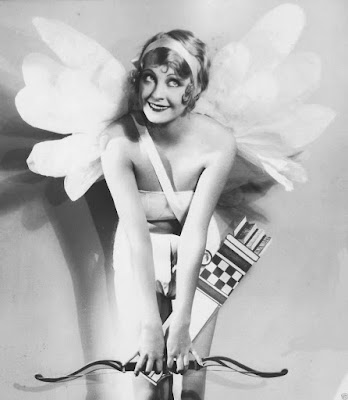 Dolores Brinkman passed away in 2003. You can read what may be the most complete biography of her that anyone will ever be able to write by clicking here.
Posted by Steve Miller at 12:34 AM