'The Fraidy Cat' is worth knowing

A misunderstanding causes a cowardly man (Chase) to finally fight back against all the bullies who've been picking on him. His newfound courage comes in handy when his girlfriend (Darlington) is abducted by one of those bullies (Mohan). 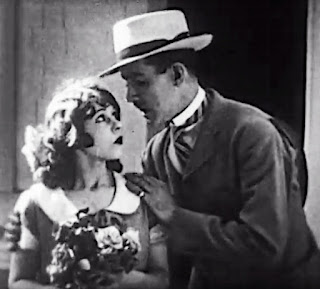 "The Fraidy Cat" is a well-paced, well-acted film that's a little painful to watch for those very reasons. Charley Chase presents such a charming, hapless character that you're going to hate seeing him picked on and abused during the first half of the film, and the when he finally tries to put one of the kids harassing him in their place, the film's biggest bully and closest thing it has to a villain (played with gusto by Ed Mohan) shows up and ruins even that. This film is so well put together that just as Chase's character starts to get just a little too pathetic, we're presented with a goofy motivation for him to finally stand up for himself and take the fight to his tormentors. It's both satisfying and very funny watching Chase getting even with the bullies.

What's more, "The Fraidy Cat" also offers up a spoof of the standard melodrama plot element of the villain kidnapping the love interest. It leads to one of the most amusing chases you're going to come across in a film like this, as well as a heroic rescue worthy of more serious fare. The mix of drama and comedy during the film's climax is perfect, and so is the final confrontation between Chase and the villain also plays out perfectly--including the moment where the audience discovers they have something pretty amusing in common. (I won't say what, because it spoils the joke.)

Watching "The Fraidy Cat" is a fun way to spend 11 minutes of your day, and you can check it out right here in this post, as I've embedded it below. (The film is of even greater interest to fans of the "Our Gang" comedies and The Little Rascals, as is marks their first appearance.)