'Hips, Hips, Horray!' is worth a cheer

Small-time inventors of a flavored lipstick (Woolsey and Wheeler), on the hunt for love and money, con their way into a partnership with a large cosmetics firm, Maid in America. 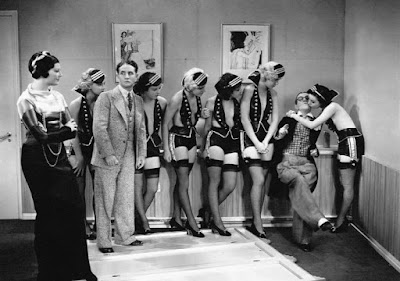 "Hips, Hips, Horray!" is one of those early 1930s comedies full of a variety of sexual innuendos, scantily clad women, and jokes and gags that made the censorship boards of the day gasp with outrage, and which will make their 21st century spiritual successors shriek with horror. It's also a film that makes no pretenses about the fact that it's main purpose is to be entertaining and outrageous. It features only the thinnest of plots that, even though it's well-crafted enough to include all the elements of the Three Act structure, never really gives the viewer any doubt that every thing will work out find for our heroes and their love interests, the owner of Maid in America (Thelma Todd), whose firlm is being sabotaged from within, and her employee and confidant (Dorothy Lee, who was essentially was the third member of the W&W team).

Although, like I mentioned, this film's main purpose is to entertain and be outrageous, there's a little more going on here than just antics, as a good portion of the film is devoted to making fun of the chorus-girl filled song-and-dance numbers that were so typical in movies at the time.

The film opens with one such production number that is so over-the-top, and so filled with naked women, concealed only by bath bubbles or cosmetic products strategically placed in the camera shot, that even the most prudish of viewers (then and now) should be able to get a chuckle out of it. Later, in what is arguably the film's greatest sequence, where Wheeler & Lee and Woolsey & Todd, respectively declare their love and lust for each other through song (the catchy tune "Keep Doing What You're Doing") and then start doing a choreographed dance during which they trash an elegant office. The song is pretty standard fare for films of this period--even if, once again, the innuendo button is being mashed firmly and often--but the dance routine is a hilarious, small-scale send-up of those insanely elaborate Busby Berkeley production numbers. 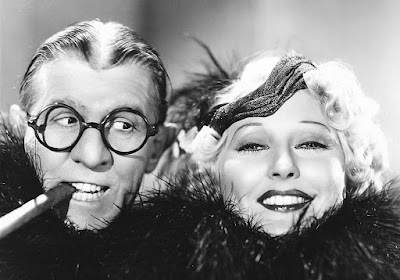 In addition to the musical production number send-ups, "Hips, Hips, Horray!" features a cartoonish sequence where our heroes accidentally end up driving the car that's taking part in a cross-country race to promote Maid in America. It's bit jarring the way the movie suddenly shifts from being a fairly grounded satire confined to corporate offices to a zany racing comedy where cars can get swept up in tornadoes and Kansas and safely deposited in the Rocky Mountains, the material is funny enough... although it also cost the movie a Star on my Ratings System. Because the movie ends with a car race, Thelma Todd and Dorothy Lee are completely sidelined and given nothing worthwhile to do during this finale--which is a shame, because they already had very little to do in the picture. Given the slight plot in this film--which, as I mentioned, is mostly here to move us from gag to gag--it's almost a given that Todd has very little to do in the picture at all (and Lee only slightly more-so), because she put on an excellent show in her previous teaming with Wheeler and Woolsey, the more plot-driven "Cockeyed Cavaliers".

"Hips, Hips Horray!" is one of nine films included in the Wheeler and Woolsey: RKO Comedy Classics Collection.