Most exciting portrayal of space travel ever?

Felix proves the feasibility of space travel and the colonization of other planets to the cats of Earth. 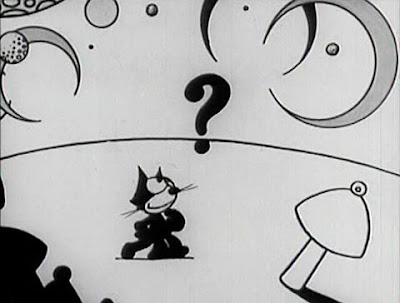 The late 1920s was something of a Golden Age for Felix the Cat. Although the character's popularity was starting to wane, many of the cartoons that were released during that period are so over-the-top crazily creative that they are just as fun today as they were 90 - 95 years ago.

But don't just take my word for it... take a few minutes and watch "Astronomeous". I'm certain you'll find plenty of things to chuckle about as the surreal world of Felix the Cat enters the space age, as well as one or two things that give it something of a contemporary feel.