Thelma and ZaSu (Todd and Pitts) moonlight as taxi dancers to raise money for a neighbor's back rent. 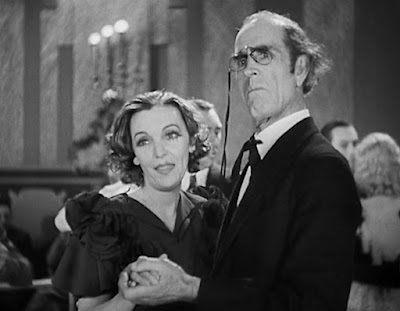 "Asleep in the Feet" ranks among the films that Thelma Todd and ZaSu Pitts made together. It's a tightly plotted, smoothly directed film where the humor grows organically out of the story and its characters, and each joke and gag is carefully set up and each and every set-up has a satisfying payoff. The supporting actors are also perfectly cast, with Eddie Dunn as an obnoxious sailor and Nelson McDowell as a moral crusader being particularly good in their parts.

More recently, I've been watching the films that paired Todd with Patsy Kelly, and I reminded of the on-screen chemistry that Todd and Pitts shared. It's something that is lacking between Todd and Kelly, and it's led me to wonder why their characters are even friends. That is never something that one wonders about with the Todd and Pitts characters; they seem like they are good, kindhearted people, and utterly loyal to each other. There's a warmth and affection here that's mostly lacking in the ones that team Todd with Kelly. From what I've seen of those so far, I also find it hard to believe that those characters would take on extra work to prevent a neighbor from being evicted, where it seems completely in keeping with the main characters in the Todd/Pitts films. The laugh and the hug the characters share at the end of the film is also one of the most heartwarming moments I think I've ever seen in a Hal Roach-produced comedy.

Another interesting aspect of this film is the window it gives us into the past. We get to see what life was like for independent, working-class, single women during the Depression Era, and it's interesting how much things have (and haven't) changed since then.