When grifters and con artists collide!

Two grifters (Lloyd and Pollard) engage a pair of fake spiritualists (Blaisedell and Daniels) in a battle of wits. Unfortunately, the grifters came to the fight unarmed. 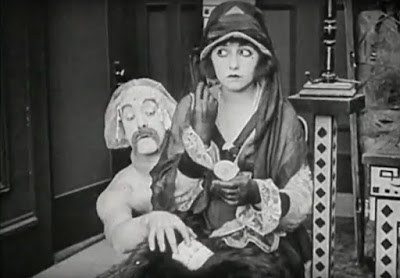 "Are Crooks Dishonest?" is a fast-paced and uncomplicated film with the characters breezing through the antics and action with barely a wasted moment. A small part of me is annoyed by the way the second (and best) half of the film is set up by a couple extreme conincidences, but the entire cast is so charming and the film so much fun that I can overlook it.

The best parts of this 14-minute film take place in the secret-passage laden, gadget-festooned "mystic temple" of Professor Goulash where William Blaisedell and Bebe Daniels bilk the gullible with their fake spiritualism, and where Lloyd and Pollard try co-opt their scam. From Lloyd using the trick doors to evade the police and an angry Professor Goulash; to Daniels setting out to turn the tables on Lloyd and Pollard when they try to con her out of money she stole from them earlier in the film; to Lloyd and Pollard just generally clowning around, it's all expertely executed and extremely funny.

Pollard and Daniels in particular get to shine in this film, as they share one of the funniest moments in it. Daniels is an absolute joy to watch in this film, and it's great the way her character is also the most fun of the four leads in the story. (Her reactions to the clumsy cons of Lloyd and Pollard are priceless.) 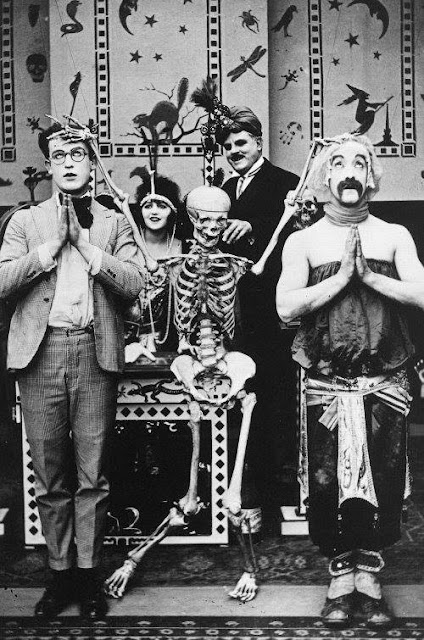 This entire film is embedded via YouTube below, and I strongly recommend you check it out. The time you spend with the rogues "Are Crooks Dishonest?" may be the best quarter-of-an-hour of you day! Even better, either the film has been carefully restored, or this was digitized from an amazingly well preserved copy, because few films over 100 years old are as clear and crisp as this one. (The look of the intertitles make me think it's the latter.)