Sybil Seely was a silent movie comedienne who spent most of her career under contract to Mack Sennett and appearing as a "Bathing Beauty" in some of his films. Her best movies, however, were the short films she made with writer/director Buster Keaton while "on-loan" to him. Keaton enjoyed working with her, but five films were all they were able to make together before she retired from acting in 1922.

The first of the movies Seely made with Keaton was "One Week", a tale of a newly-weds putting up a pre-fabricated home on a lot they were given as a wedding present. In the film, Seely takes a bath... so this film sees her literally being a bathing beauty. 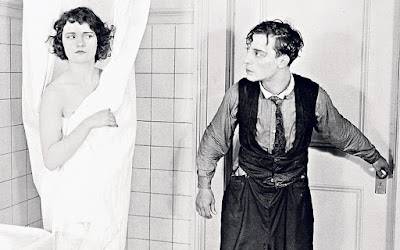 And here are some stills from the part where Sybil drops the soap... 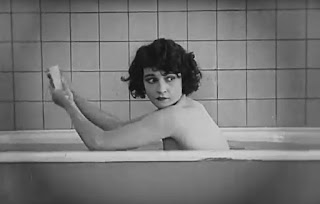 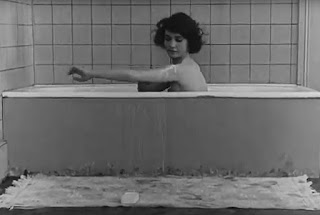 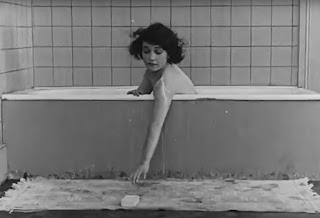 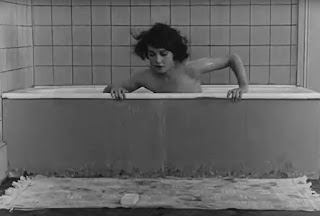 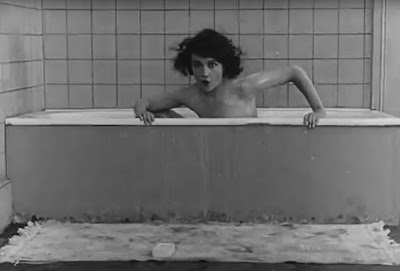 What happens next? Click here to find out! You'll be able to watch the entire film there, as well as read my review of it! (I will be posting reviews of all of the Keaton/Seely films here at Shades of Gray.)
Posted by Steve Miller at 12:11 AM