'A Face in the Fog' not worth chasing after

When society reporter-trying-to-become-a-crimebeat-reporter Jean Monroe (Collyer) claims to have seen the face of the mysterious killer who is poisoning theatre people in the city, and that she intends to reveal his identity in a future column, she becomes his next target. Her fiance and fellow reporter Frank Gordon (Hughes) teams with criminologist and playwright Peter Fortune (Gray) to catch the killer before he claims Jean's life. 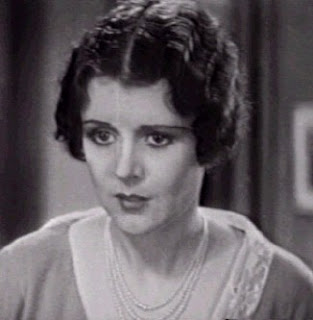 "A Face in the Fog" is one of those weakly written mysteries where there is only one possible suspect, who, after concocting a really brilliant method of committing his murders, subsequently behaves so stupidly that even Barney Fife could have caught him while in the middle of a three-day moonshine bender. The plot also doesn't make a lot of sense, nor do the reasons for who the killer chooses as his victims.

However, the actors perform with such charm and sincerity, and the film moves at such a break-neck pace that you'll hardly have time to notice its shortcomings--which means my criticisms probably amount to no more than nitpicking. June Collyer as the stubbornly brave, career-minded journalist is especially good, in what proved to be her last movie before she left acting for some 15 years to raise her chiklren.

Although this is an entertaining enough movie, with an excellent cast and sharp direction, the script is just shaky enough that I can't give it a wholehearted recommendation. Admirers of June Collyer or Lloyd Hughes should certainly check it out, and I think it's worth adding to the line-up of any in-home film festival you might want to hold centering on either one, but it's not quite a must-see if you're just looking for something to pass the time with.