'Joint Wipers' is fun but not great

Tom and Jerry are plumbers who are better at singing and dancing than fixing leaky pipes. 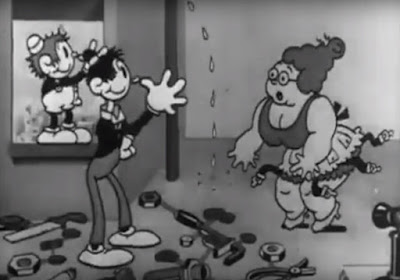 "Joint Wipers" is a so-so entry in the very uneven Tom and Jerry series. The animation is fluid and inventive, the situations are fairly bizarre and amusing, but there aren't any WOW! moments like there are in some of the others, and it doesn't have outstanding music like in "Piano Tooners" and "Redskin Blues". It's fun few minutes, but it's not much more than that. Further, and this is perhaps because this entry isn't as wild as others, some of the sequences drag a bit.

But don't just take my word for whether this cartoon is funny or not. Check it out for yourself, below, and let me know whether you agree or disagree with my take on it!