This 'Conspiracy' isn't worth uncovering

After killing a drug kingpin, Margaret (Love) is hiding from both the drug syndicate and the police, her identity as the killer still unknown. Then a crime writer turned amateur detective, "Little Nemo" (Sparks), decides to solve the case, gets onto her trail, and may expose her to cops and crooks alike. 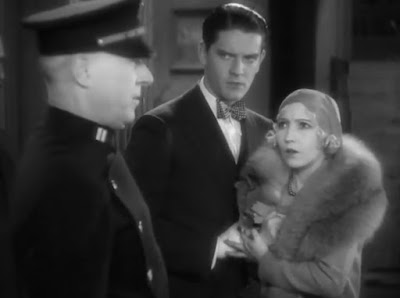 When I reviewed "The Sawdust Ring", I said that I could easily see why D.W. Griffith was sure Bessie Love was going to be a star from the moment he first saw her, and why she did indeed become a huge star during the 1920s. In that film, she had a certain charisma that almost seemed to make her leap off the screen. In "Conspiracy", however, very little of that aura is evident... in fact, the performance she gives here barely distinguishes her from a generic "damsel in distress"-type character. (I might even argue that her performance seems a bit off, since she's playing a character who's been undercover with a drug gang for several months. Sure, she's just stabbed someone to death as the film starts, and later she's been cooped up with an obnoxious asshole for two weeks, but I would still expect something more than confusion and panic to each and every situation she encounters.)

Perhaps Love was modulating her performance to be complimentary to the boring, bland stock hero played by Hugh Trevor. Maybe she was trying to be lowkey so Ned Sparks' supremely annoying, grumpy old man character would seem even more annoying and grumpy. Or maybe she knew she was in a badly directed third-rate movie with a weak script full of squandered opportunities and only one mildly interesting twist, and she wasn't giving it her all. Whatever the reason, there are only two times in "Conspiracy" where we see glimmers of the Love that graced the screen 15 years earlier: During the obligatory insta-romance-sparking scene where she tells her tale of woe to Trevor's dull alleged man of action, and during the scene where Sparks' character threatens to turn her over to the police, and she in turn threatens to bash his brains in with a paperweight.

Still, even if Love had given the performance of her career, she probably couldn't have saved this movie which leads with its very best scenes and then steadily goes down hill. The biggest problem here, really, is that the filmmakers couldn't decide if they were making a comedy or a thriller or a melodrama; or if the central character was Margaret, Love's caught-in-the-middle woman on the run; Little Nemo, Sparks' annoying and obnoxious and played-strictly-for-laughs crime writer; or Trevor's boring feature section reporter. It also doesn't help the movie that anything remotely suspenseful happens off-screen or in a flashback (where we already know the outcome).

As terrible as this movie is, and as disappointed as I was with Bessie Love's performance, I did keep watching. Ned Sparks as Little Nemo was entertaining in a train-wreck sort of way... and I watched with captivated awe while Sparks and Gertrude Howard (as Little Nemo's beleaguered black housekeeper) played through a series of comedic (but extremely unfunny) and deeply racist exchanges. Also, Rita La Roy's femme fatal-ish character that shows up at about the halfway point as an agent of the drug ring trying to milk Little Nemo for information and seduce him into turning Margaret over to the gang when he finds her, was a lot of fun. 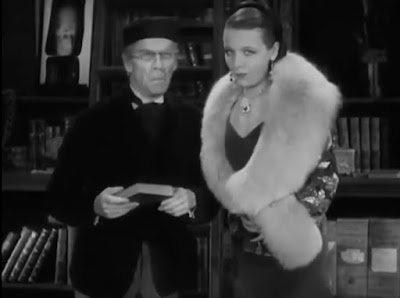 Unless you're a huge Ned Sparks fan (I think this was the closest this accomplished character actor ever came to playing the lead); want an opportunity to be able to tell exactly how brilliant Bessie Love is in some of her other roles; or are looking for an old movie with some racists scenes to fill you with righteous outrage, there are far better movies to spend your time on. (But if you do decide to check it out, I recommend you watch it for free on YouTube.)