June Clyde was born into a Vaudevillian family, and she made her stage debut at the age of 8 in 1917, singing and dancing her way into the hearts of audiences. She continued performing in shows and musicals throughout her child-  and young adulthood. 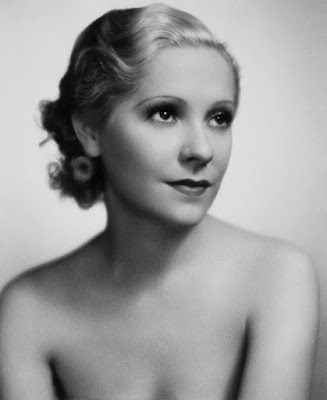 Having grown into an attractive and leggy blonde--not to mention a very talented dancer and songstress, Clyde signed a film contract with RKO in 1929. After a few modestly successful musicals, RKO chose not to renew Clyde's contract, and by 1932 she was on her own and competing for roles against a hoard of other pretty and talented blondes. 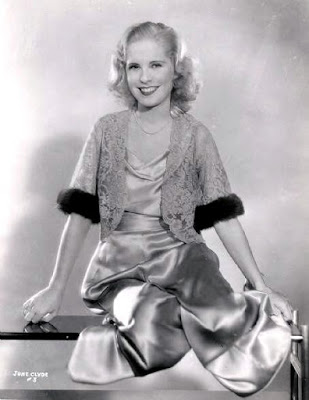 By the mid-1930s, Clyde had found a niche playing female leads in low-budget comedies and mysteries from Hollywood's Poverty Row Studios. She split her career between the screen and the stage, however , and through the late 1930s and into the 1950s, Clyde appeared in a variety of theatre productions in London's West End. 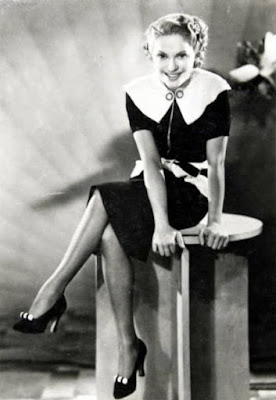 Clyde retired from acting in 1957, and she retired to her Florida with husband Thornton Freeland (himself a retired film director and writer). She passed away on October 1, 1987, at the age of 77.
Posted by Steve Miller at 12:30 AM