'One Track Minds' is off the tracks


While traveling by train to California for a screen test, Thelma (Todd) finds herself in the same train car as the pompous film director (Prival) who will decide her future movie career. 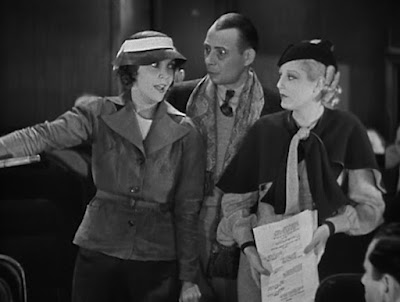 "One Track Minds" was the last film that Thelma Todd and ZaSu Pitts made together, and I wish I could say their team-up ended on a high note. It did not. Pitts' contract with the Hal Roach Studio was up, and she was ready to move onto other things... and I think that maybe this film was a casualty of a desire to get one last contribution from the Todd/Pitts team as ZaSu was on her way out the door.

I say this because this is not so much a film as a series of gags thrown together with train travel as a kinda-sorta uniting theme. Not a whole lot of effort appears to have been put into developing any sort of coherent storyline, nor even many of the jokes themselves.

The though-line of the film is mockery of Hollywood's celebrity culture, with ambitions, dream-filled starlets and arrogant, self-absorbed movie directors, but the film meanders through several rail-traveling "slice-of-life" scenes involving Pitt's child or little brother--it's never established what their relationship is--and Pitt and Todd's interaction with various other kooky people in the train. The end result is that this feels more like a collection of vaguely related sketches than a coherent movie, a feeling that's underscored by the fact the film doesn't have an ending; it just ends, with none of its plot threads resolved, or even developed, to any degree whatsoever.

It's a shame the film isn't more coherent and the jokes aren't better developed, because the cast are all doing their absolute best with what they have to work with. The greatest shame, though, might be that because the film is so unfocused, Pitts and Todd are almost crowded out of their own movie. Lucien Prival (as the stuck-on-himself, flamboyant film director), Billy Gilbert (as the conductor who has to deal with the nuts on his train) and Jack Rube (as a deaf beekeeper who is traveling in the passenger car with his bees) all have more interesting parts than the two stars. In fact, Todd has virtually nothing to do in the picture. 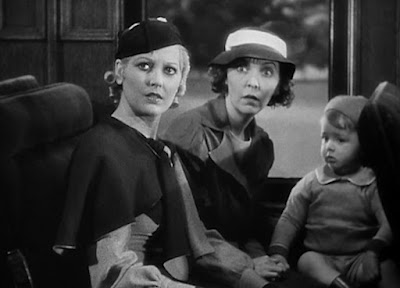 While this was the last film Todd and Pitts made together, it won't be the last of their pairings I'll be covering as the Year of the Hot Toddy continues. I jumped to the end of the cycle, because I've been somewhat disappointed in their quality. Thelma Todd made some excellent shorts with Charley Chase, but only one where she was teamed with Pitts was even close to as good. I hoped that by the end whatever wasn't clicking had clicked... but "One Track Minds" has bigger problems than any of the previous Todd/Pitts films (Although I also felt they were crowded out of their own picture in their first official teaming in "Catch-As-Catch-Can", so maybe this was a common thing?