Growing tired of being a kept woman in the Big City, Helen (Love), reconnects with her childhood sweetheart (Holland) and attempts to move back to the small town she grew up in. But when rumors of her wild city life threatens the happiness of her family, Helen may discover that there's truth in the saying: "You can never go home again". 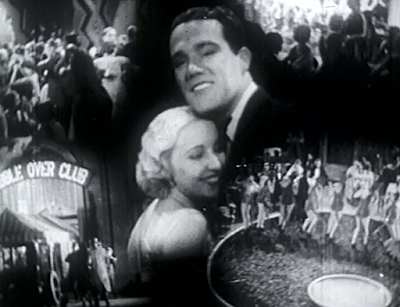 Like so many early talkies, "Morals for Women" is very stagey in its presentation, with the actors all being very careful as to not step on each other's lines. Unlike so many talkies, "Morals for Women" doesn't suffer from actors who are either performing for the back rows of a theatre or engaging in silent movie melodramatic overacting. All the actors give appropriately measured performances, with no one going over the top or seeming particularly wooden. In fact, for a film of the Poverty Row production houses, the acting is surprisingly good, and, given the subject matter, the script is surprisingly intelligent and subtle at times.

The story revolves around Helen trying to recapture the life she once had in the small town she grew up in and the complications that ensue--with the most dramatic one being her little brother (David Rollins) facing possible jail-time when he assaults someone who believes is spreading vicious rumors about Helen's life in the Big City. Meanwhile, her sugar-daddy (Conway Tearle) alternately tries to replace her and sabotage her effort to leave him by exposing her "wanton ways" to her parents and naive would-be husband  Tearle's character is the closest the film has to a villain, but since he is slightly classier than I think any real-life counterpart to the character would be, the film reaches a predictable happy resolution. (Reality would probably see Helen friendless, penniless, and alone by the end of the film... but, c'mon... no one watching this expects that to be outcome!) 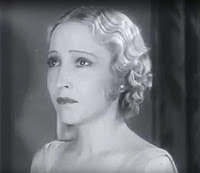 Star Bessie Love comes across a bit flat at times, but generally displays the same charm and energy that she put forward in the silent movies (but which was almost entirely lacking in "Conspiracy" , another of her talkies), and she really holds the film together. This film is an illustration of what a shame it is that Love's Hollywood career was in steep decline at this point, because she was aging out of the roles she had spent her career playing and was not apparently getting more suitable ones. She eventually did manage to transition into a "second phase" to her acting career in the 1950s, but she never enjoyed the status nor the starring roles she had once enjoyed.

Conway Tearle also gives a standout performance as Love's boss/sugar-daddy, coming across equal parts obnoxious and charming. Like Love, I think that Tearle was aging out of the parts he spent his career in silent movies playing, but he was not offered (or maybe didn't accept) any roles but that of the tall, dark, and handsome love interest, so his career was decline at this point. He really feels like he's too old/mature to be in a relationship with Love's character, and it feels like the only reason they are is because she was willing to make it on her back, and he was willing to spend money to buy the attention of a younger woman.

Comic relief is provided by Natalie Moorehead, Lina Basquette, Virginia Lee Corbin, who are great fun as Helen's girlfriends and neighbors. The drift in and out of the film--together and separate--but whenever they appear, their presence is a welcomed one. 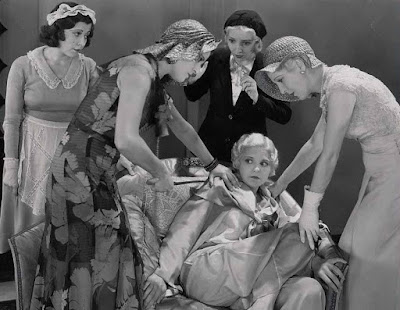 "Morals for Women" is available for viewing in several different versions online, each of which is butchered by later editing to bring the film more into line with Hayes Office code compliance, and each of which shows extreme wear-and-tear. Sadly, the commercially available DVD release is worse shape than any of the free versions. It's so bad, in fact, that I can't recommend it.

If you want to check out the film, I've embedded the best publicly available version I've found.


Trivia: Conway Tearle starred in a 1925 movie titled "Morals for Men"; I wonder if the title of this film was chosen to remind film-goers of that older movie?)
Posted by Steve Miller at 11:59 PM