'Klondike' is low-budget, but high-quality


After a patient dies following an experimental surgery, Dr. Cromwell (Talbot) finds escape from the harsh judgement of the press and the public in a remote corner or Alaska. His new life and relationship with his new friends are threatened, including his budding romance with the beautiful Klondike (Todd), when he is convinced to perform the surgery on a local (Robards) who is suffering from the same affliction as Cromwell's ill-fated former patient. 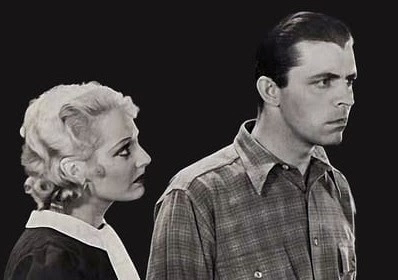 "Klondike" is a slightly creaky melodrama that is still has enough elements to recommend it to modern audiences, with two of these being particularly noteworthy. One is a plot twist I don't want to talk about, because I'd ruin the story. The other is the commentary the film makes about a news media that is more interested in being self-righteous and self-important than actually covering the truth of the matter; and public that is either too simple minded or too wrapped up in their own self-righteousness to think any substantive thoughts about an issue beyond what they told by the news media. While it's a newspaper and its editor who have it in for Dr. Cromwell, because they want to make a larger point about medical ethics, its function in the story is no different than some "reporter" on a cable newsprogram or the operator of a website who stirs up the Outrage Brigades against this or that person they believe represents whatever ill they want to destroy. If they destroy the person who's their scapegoat n the process, so much the better--it's entirely secondary if the targeted person is even guilty of what he is being tried and convicted of.

Production-wise, the film is a little better looking than many of Monogram's notriously low-budget pictures. Story-wise, it moves along at a pretty brisk pace and it keeps you invested in the plight of Dr. Cromwell, and the various supporting characters are given enough color that we come to care about them, too. Even more, the story comes to a climax far more tension-laden than many A-list pictures, and we're even given a denoument which is a nicety so often forgotten in movies of this period. (The only time the film dragged was in a scene that took place in an airplane where the characters seemed to go around in circles and repeat variations of the same lines; it felt like either like filler, or the director and producers wanted to use every bit of footage with real-life celebrity aviator Frank Hawks, so they included all takes of Hawks and star Lyle Talbot improvising their lines during the scene.)

Another key to the success of this film is its cast. Although the pregnant pauses are a bit much in certain scenes, every cast member does a far better job than you'd expect in a film like this. The star Lyle Talbot is better in "Klondike" than anything else I've seen him in, and, while Thelma Todd is up to her usual captivating standards, her performance here adds further "evidence" to my theory that her performances are enhanced or hampered by whoever she's playing off/acting with in any given scene. For example, Todd seems to light up the screen even in bit parts when appearing with Charley Chase in a way she doesn't with ZaSu Pitts, for example. In this one film, however, we see her perform several involved scenes with different actors, and she seems more engaged and engaging in her scenes with Lyle Talbot than she does with the ones with Jason Robards. Part of this could be explained by the nature of the characters to one another, but mostly, I think it's how Todd feeds off certain other actors when working with them. (If you're a fan of Thelma Todd, this is a movie you should watch; it's one of the very few dramas she got to appear in during her entirely too-short career.) 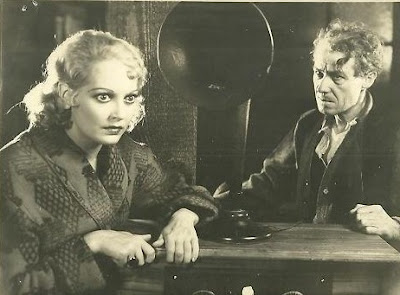 Check out "Klondike" below, via YouTube. Until just a few years ago, it was believed that no prints of the film still existed. A copy was found in a private collection in Arizona, and it has been restored to as good a condition as possible, digitized, and released online for all of us to enjoy. (The DVD version of this film from Alpha Video features what appears to be a TV edit, and it is about 15 minutes shorter than the one embedded in this post.)