The third June for June's Picture Perfect Wednesdays is June Kenney. Hers is a story of near-misses when it came to stardom. 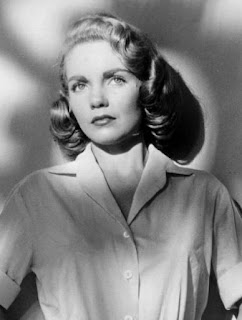 Born in 1933, June Kenney began acting on stage at the age of 4 and appeared in several  several musical short films after being spotted by a talent scout. Warner Bros. was at one time seriously considering signing her to a contract and making her the next Shirley Temple, but her parents didn't want to relocate to California.


Eventually, Kenney's family did relocate to Southern California and settled in West Hollywood. She continued to perform on stage, and in her late teens, she was again spotted by a talent scout. This led to her being cast in a leading role in a television soap opera in 1954... but the show was cancelled before it even aired when the main sponsor pulled out. As a result, she spent the next few years playing bit-parts on television, in movies, and in commercials. 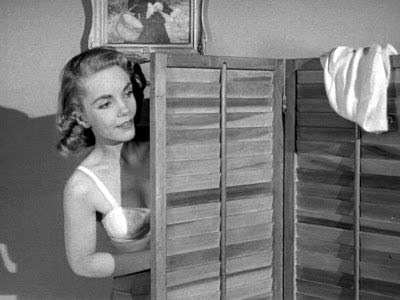 In 1957, Kenney was cast in the starring role of "Teenage Doll" by B-movie King Roger Corman. From that point forward she was locked onto a career path that consisted of one low-budget thriller, horror, or sci-fi film after another. 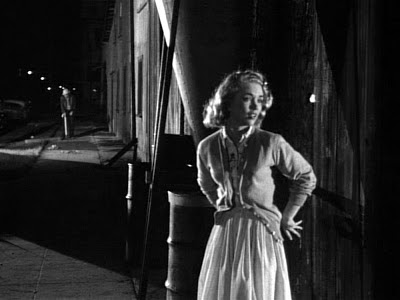 Kenney deeply wanted more from her acting career, but she could not break out of the B-movie rut she found herself in. She retired from screen acting in 1962, but continued to work as a voice-over actress and eventually became an executive in radio.

Kenney currently lives in Parumph, NV, a town made famous as the long-time home of overnight radio legend Art Bell. 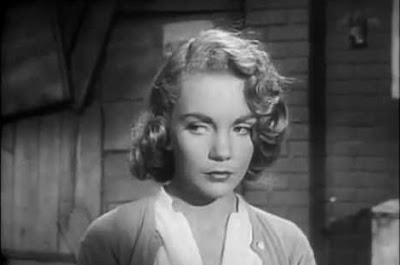