Back in 2009, Warren Ellis put out a call for artists to have fun with the "Sorceress of Zoom" by redesigning her look and generally "remake" her. Since NUELOW Games has just released a collection of the original "Sorceress of Zoom" stories, this seems like a good time to post my favorite of those "remakes."

First, there are two illos from Valerio "Pupato" Gomez, one draft and one final. The artist named the pictures "The Doom from  ZooM." 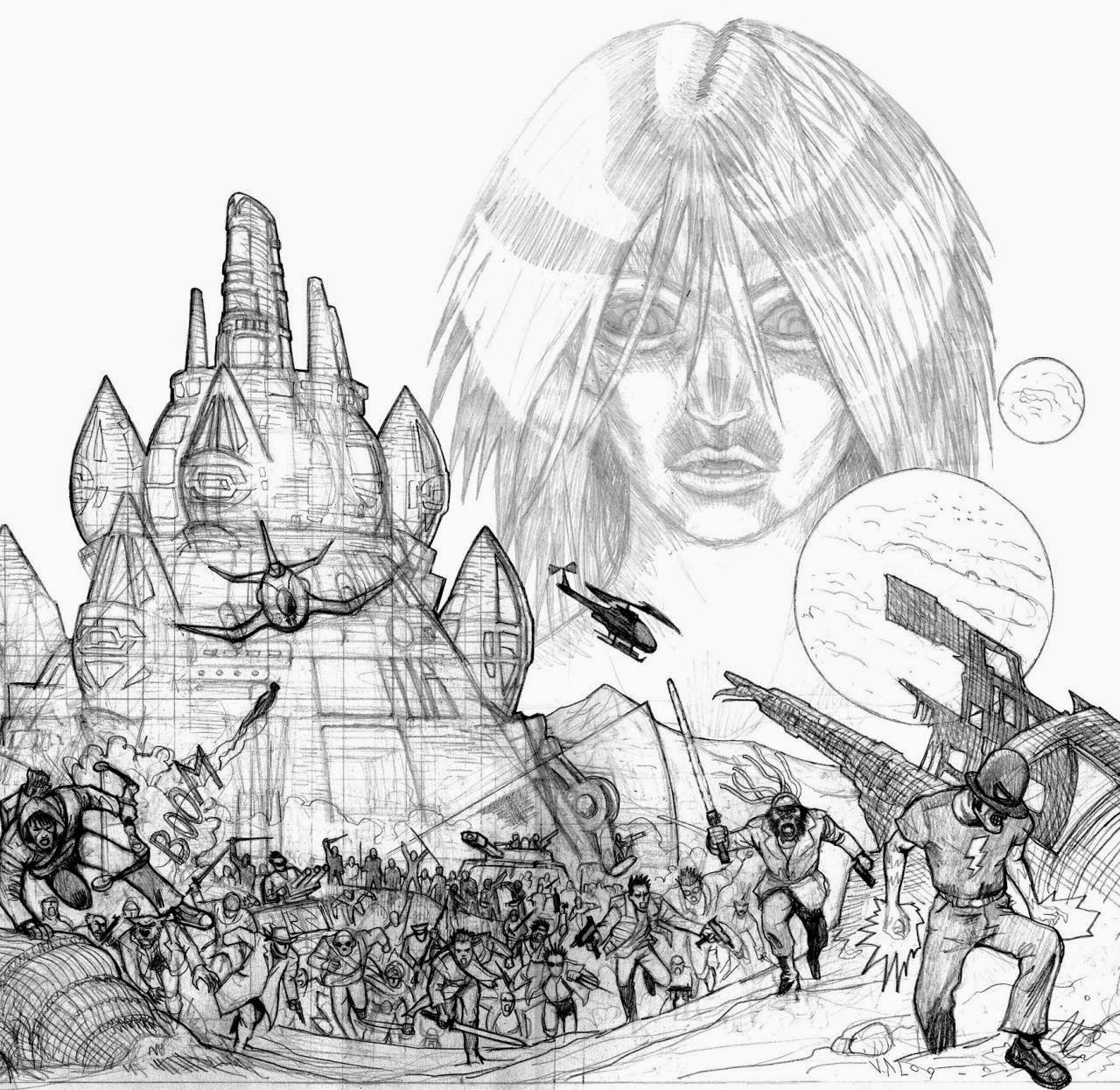 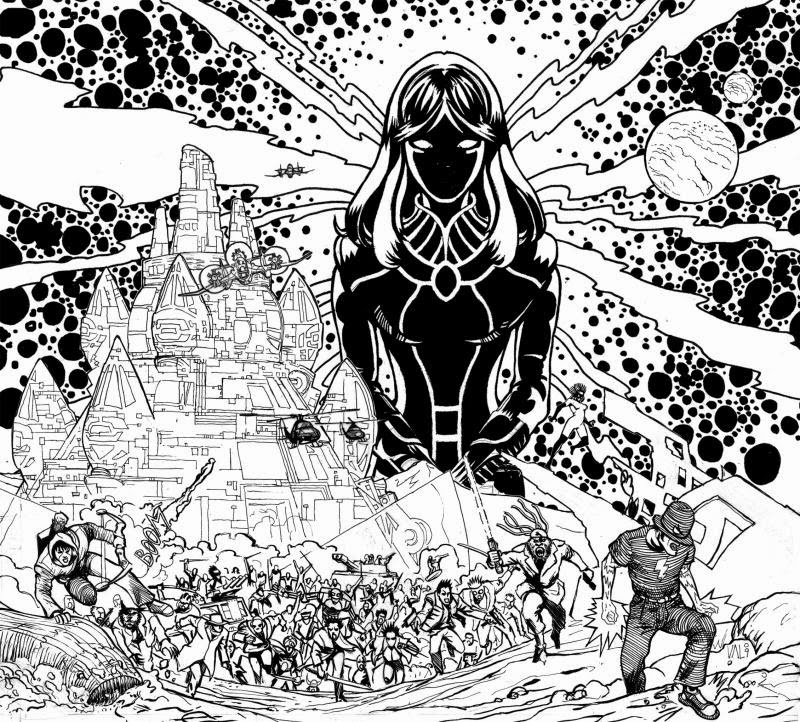 I liked Marty Nozz's take on the character, too. 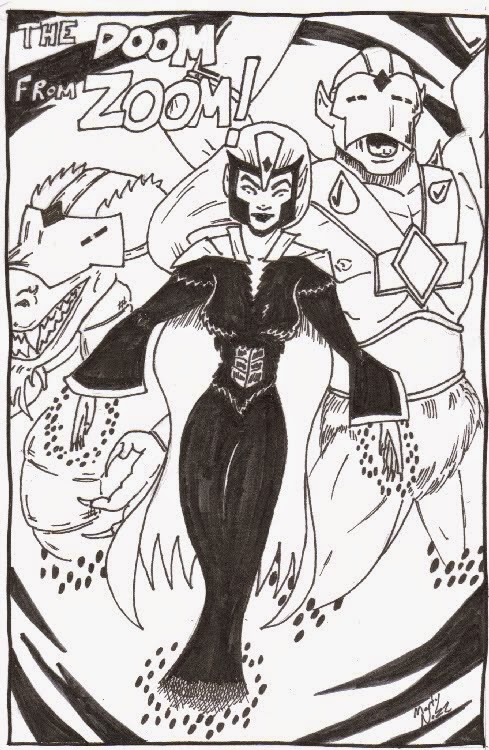 These two drawings update the character while capturing her nature as seen in the original series. Others were a bit further afield, so they don't appeal to my fundamentally conservative nature. You can see the entire thread on Ellis' message board by clicking here.

You can see another modern take on the "Sorceress of Zoom" on the cover of NUELOW Games' first book in their three-volume series by clicking here. It's by Bradley K. McDevitt, and he remained faithful to the original character design as he was drawing an illo that he knew would be used with the original stories.
Posted by Steve Miller at 2:25 PM