By-the-numbers mystery with a nice twist

When her wedding plans are derailed by murder, Vicki (Hughes) sets out to discover why nightclub owner Lucky Brandon (MacDonald) lied to cast doubt on her fiance's (Beaumont) otherwise unshakable alibi. 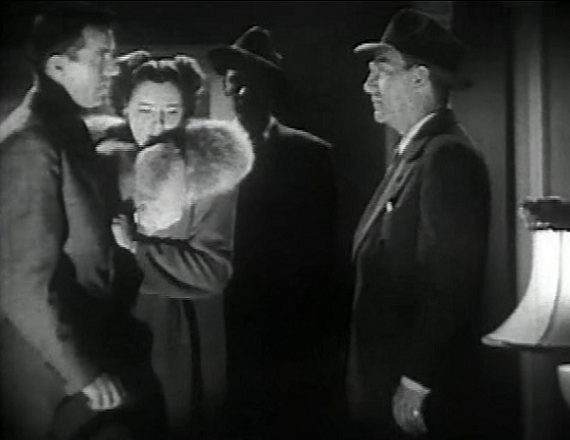 "The Lady Confesses" is a standard murder mystery that is elevated by a nice third-act twist. As is the case with many of these B-movies, the short running time leaves viewers wanting for a little more background on some of the characters. It would have been nice to know why the eventual murder victim disappeared for seven years, and it would have helped the story if we'd been given more information about Lucky's relationship to Vicki's fiance, Larry. However, I feel inclined to forgive the filmmakers, because there's not a wasted moment anywhere in the film where they might have squeezed such exposition in -- even the obligatory musical number at the night club is truncated when compared to what is typical in a movie like this.

The cast is interesting in this film, especially if you're a big fan of these kinds of movies. Mary Beth Hughes plays a role very different from the bad girl ones she's usually cast in. Hugh Beaumont also gets to play a role that's a little meatier than what we usually expect from him. He doesn't quite rise to the challenge, but nice lighting and some decent dialogue helps prop up his performance.

All in all, this is not a bad little movie.