Today, it's exactly 65 years since the United States of America dropped an atom bomb on Japan, setting into motion the events that finally ended World War II, as well as Japan's vicious empire in the Pacific. This post is one of several I've made that mark occasion.

A Chinese aristocrat, Kwan Mei (Wong), who has been reduced to working in the rice fields along side the peasants by the Japanese invaders of China during World War 2. She continues to lead her people by convertly organizing her fellow laborers into a guerrilla fighting force, but when she is picked by a slimey Japanese officer (Hecht) to serve as mistress to General Kaimura (Huber) she must convince the peasants she hasn't betrayed them, or they won't be in a position to stop the arrival of massive Japanese reinforcements that will assure Japanese dominance over the whole of China. "Lady From Chungking" is a fairly standard WW2 resistance fighter tale, although the fact it deals with the Chinese resistance against the Japanese occupation of their land sets it apart from the typical partisan films. (They still manage to work in a bit of Nazi flotsam in the form of the German owner of a hotel that serves as the headquarters for the Japanese forces, home to the general leading them, and prison for a captured American fighter pilot (Vallin).)

Something else that sets this film apart from many others of its kind (especially if they were released by PRC like this one) is the well-crafted story and superior acting.

Aside from the plotline with a pair of downed American Flying Tigers that have to released and returned to their base so they can give the guerillas air support when they attack the arriving troop transport trains, which feels a little like filler, despite the tie-in with the film's climax, the script is a tightly written one, with nary of moment of wasted screen-time and a set of characters that makes the nameless German-run hotel feel a little like Rick's American Cafe from Casablanca (only without the money for sets and extras). The ending is also very strong and somewhat unexpected.

The superior acting of all players--from a child playing a Chinese boy cowed by the Japanese oppressors, through star Anna May Wong--brings a collection of stock characters to full life as the story unfolds. Although Caucasian actor Harold Huber looks more like a Mexican gardner that's stolen some Japanese general's uniform, he nonetheless gives a fine performance as the vicious, wholly self-absorbed Kaimura. Star Wong also shines very brightly as Kaimura's opposite in all things, the noble and utterly selfless Kwan Mei.

I suppose one can't complain too much about White actors like Huber and Ted Hecht (who plays Kaimura's unfortunate aide-de-camp, Shimoto) being made up as Japanese with limited success. This is a William Nigh film, and he seems to have been the guy to call when you were casting a Caucasian as an Asian in the lead. At least here, he had an honest-to-God Asian as his star, which, as far as I know, is the one and only time this was the case.

While "Lady From Chungking" is a superior WW2-era low-budget quickie, it is one of the few of its kind that time hasn't passed by completely. It's a well-made film, with good acting and an uplifting message that speaks to audiences even today. It's not quite what I'd call a classic, but it's timeless (despite being a clear product of its time) and still very much worth watching. 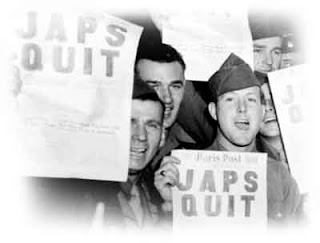