Hedy Lemarr makes this film as 'The Strange Woman' 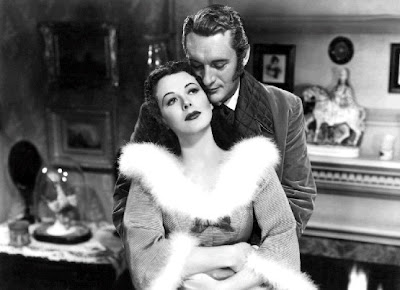 "The Strange Woman" is a predictable period drama that is elevated by its superior cast, and a multi-faceted performance of star Hedy Lemarr. Although Jenny Hager is a textbook sociopath and thoroughly evil, Lamarr manages to make the character sympathetic. Unlike most femme fatale characters as self-centered and manipulative as Jenny, the viewer can't help but feel a little sorry for her when her life starts to unravel when her weaknesses catch up with her.

Another impressive aspect of the film is is musical score. It serves as more than just a mood-heightener, it helps move the story forward by using well-known bits of music (such as the Wedding March or a Christmas song) to show the passage of time. It's a very effective technique that makes sure the film never loses momentum.

If you're a fan of Hedy Lemarr or a great lover of gothic romances, I think you'll get a kick out of this movie.