'The Chase' is an interesting, if incomplete, experiment

Chuck (Cummings), a down-on-his-luck WW2 vet, is hired as a driver for a psychopathic gangster (Cochran) and his morose, penny-pinching sidekick (Lorre). When Chuck takes pity on the gangster's wife (Moran) and helps her flee to Cuba, he finds himself framed for her murder. Or does he? 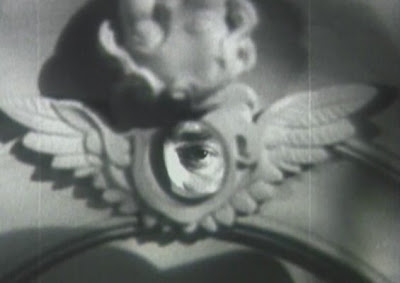 "The Chase" is an interesting experiment in filmmaking and storytelling that will draw you in with its moody lighting, quirky characters, and good acting. The film will then confuse you when it takes a sudden turn, revealing that part or all of what you've just witnessed was a fantasy had by someone in the throws of a psychotic break. Finally, it will frustrate you by muddling the lines between the film's reality and the dream sequence, and completely blowing the ending with one cop-out piled upon another.

The end result is a film that's worth seeing, even if the experience will be somewhat dissapointing. It teeters on the brink between a 5 and 4 rating, mostly because of the botched ending. If a stronger finale than a car crash and a stronger resolution of Chuck's mental situation had been offered, this could have been a 6 or perhaps even a 7, because everything leading up to the end is pretty good. Lorre's performance is particularly noteworthy. Watch him closely during the scenes in the car for a demonstration of how little a good actor needs to do to establish a character's feelings.