It's time for another quick look at a supporting player from the Fourth Season of the classic television series, "The Avengers".

SUE LLOYD
In "A Surfeit of H2O", Sue Lloyd was Joyce Jason, the owner and operator of a winery that produced its wares with a secret, scientific method. 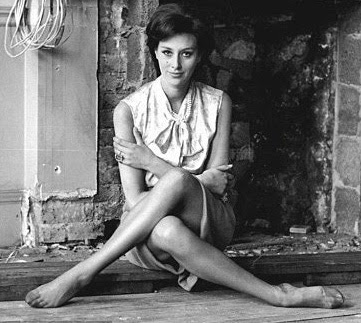 Sue Lloyd began her show business career as a dancer, but soon transitioned into modeling and then acting. Throughout the 1960s and 1970s, she balanced her projects between television and films, with a particular focus on espionage-themed comedies and dramas. She appeared in 60 different films and television series, with some of her noteworthy parts being in "The Ipcress Files" (1965), "The Man in a Looking Glass" (1965), "That's Your Funeral" (1972), and "Bullet to Bejing" (1995), in which she played the same character she had in "The Ipcress Files". Lloyd also had recurring or co-starring roles in such television series as "The Baron" (1966-1967, a series based "The Man in a Looking Glass), "The Two Ronnies" (1972), and "Crossroads" (from 1979 to 1985).
By the early 1980s, Lloyd had shifted her professional interests from acting to painting, and, although she continued to accept acting jobs every now and then, her on-screen appearances became fewer and farther between. In 2001, she retired from acting all-together.
Sue Lloyd passed away after a lengthy battle with cancer in 2011 at the age of 82. 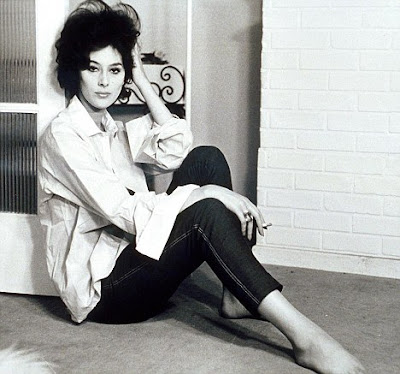 Email ThisBlogThis!Share to TwitterShare to FacebookShare to Pinterest
Labels: Sue Lloyd, The Avengers 1965