'Murder by Invitation' is a fine effort from Monogram

After her scheming relatives fail to have her committed to a mental hospital, eccentric millionaire Cassie Denham (Padden) invites them to her remote mansion, ostensibly to show she forgives them and to determine who is worthy to inherit her wealth. Within hours of their arrival, the guests start to disappear, and it falls upon reporters Bob White (Ford) and Nora O'Brien (Marsh) to identify the killer before they fall victim themselves. 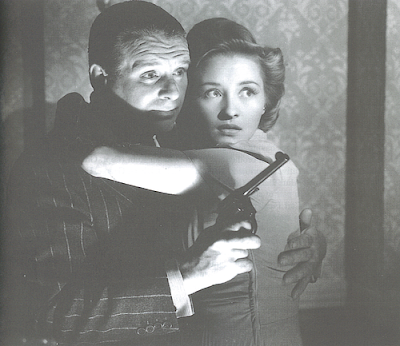 "Murder by Invitation" is a fast-paced comedy-mystery with all the Old Dark House tropes. The acting is solid from all performers, the dialogue is sharp and quippy, and even the buffoonish cops act logically in the steps they take to capture the murderer. The plot is also above average, as screenwriter George Bricker actually took the time to present several viable suspects and a few credible twists that made it hard to guess who the killer was, but not impossible because enough clues were provided to let the viewer play along.

Of special note in this film is Marian Marsh, who was at the end of her ten-year rollercoaster acting career. She gives an excellent performance as a sharp-tongued newspaper woman who can stand toe-to-toe with the boys that is different from the damsel-in-distress parts she was most-often cast in. It's a shame that marriage and burn-out caused her to, in her words, "drift away from the acting profession."

The only true weak spot of the film is the opening courtroom scene... and I may think of it as such because of changes in American culture. The allegedly mentally incompetent Cassie Denham is put on the stand to testify in her own defense, and almost every response she gives is met with gales of laughter from the gallery. The problem is that she's not all that funny; she's being a smart-ass and she's putting her obnoxious relatives in their places, but she's not being fall-out-of-your-chair laughing like the courtroom audience seems to think. Given the skillful way the rest of the film is put together, I can only assume that some banter that was hilarious in 1941 isn't in 2018.