'Outpost in Morocco' is a fast-moving war pic

A French Foreign Legion Officer reknowned for his way with the ladies, Capt. Paul Gerard (Raft) is assigned to escort and seduce Cara (Windsor) in order to discover if her father (Franz) is plotting with other Arab tribal leaders to stage an uprising against the French forces. His mission becomes complicated when he falls in love with her in earnest... and it becomes deadly when it turns out that her father is not only plotting an uprising but he is unleashing it. 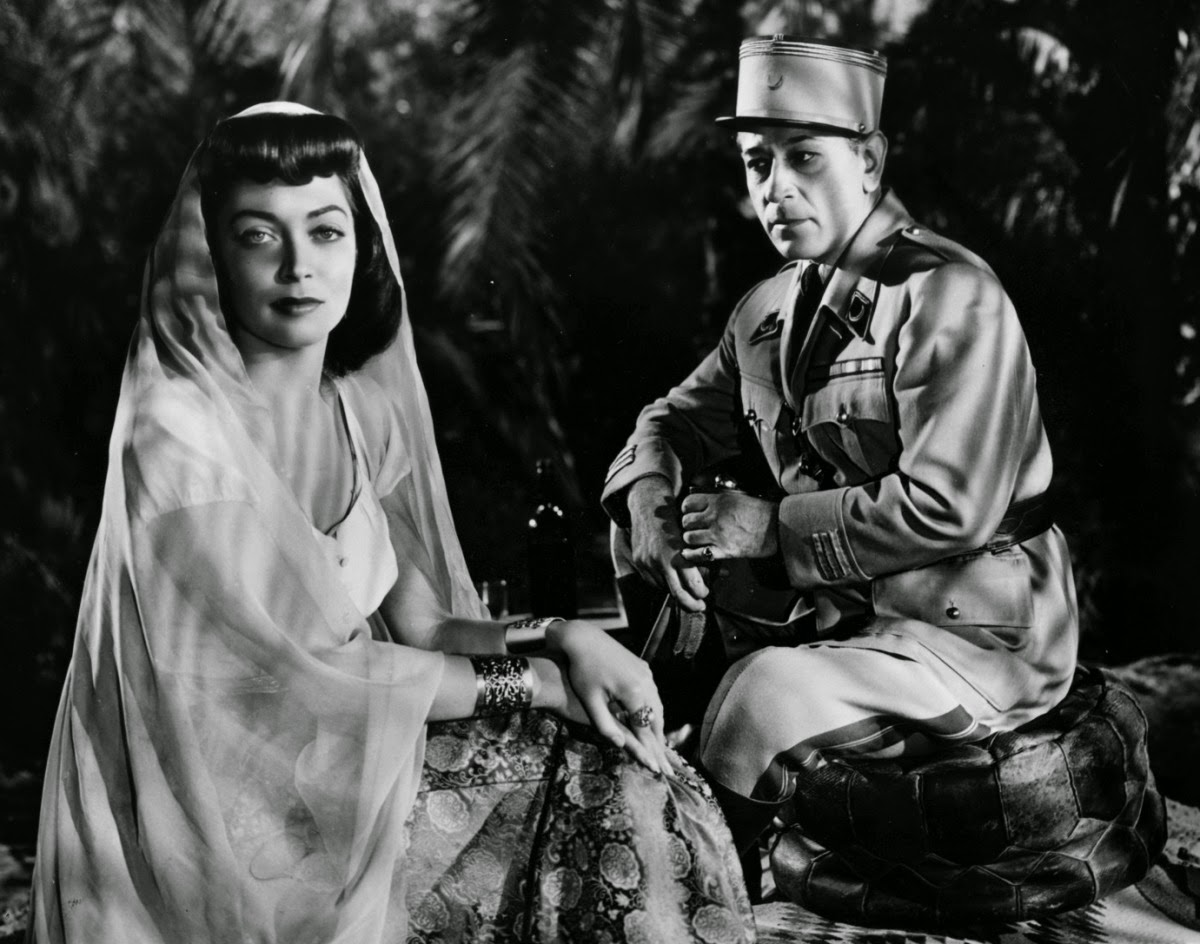 "Outpost in Morocco" is a fast moving film that features a perfect blend of war, espionage, and romance elements. I often complain about how movies have "insta-romances" that make little or no sense in context of character and story just to keep the plot moving, but the love that develops between the Capt. Gerard and Cara feels realistic and firmly rooted in the characters.

The acting and dialog is also top-notch all around. Stars George Raft and Marie Windsor are evenly matched on screen, and Akim Tamirof (as a hard-bitten veteran Foreign Legion junior officer who becomes Gerard's go-to right-hand man) switches gears easily from dramatic to comedic depending on the scene.