A mystery-comedy that fails to excite

The clandestine battle between the criminal society of the Crooked Circle and the adventurers and amateur detectives of the Sphinx Club comes to a head in a haunted house, as the villains attempt to discredit key Sphinx Club member Brand Osbourne (Lyon) and kill the club's leader. 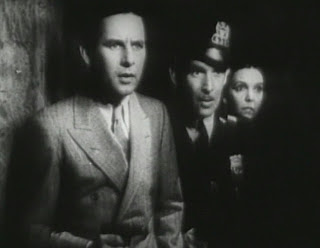 "The Crooked Circle" is a chaotic comedy/suspense film that tries to cram entire too much into its brief running time. The idea of the Crooked Circle vs. the Sphinx Club is pretty nifty, as are the subplots and plot twists related to it. Similarly, the hijinx of the dimwitted motorcycle cop (Gleason) and the cowardly housekeeper (Pitts) in the haunted house are pretty funny. However, when the two portions of the movie are combined, they distract from one another and make the overall film messy and frustrating to watch.

This is one of the many hundreds of movies that is filled with great ideas that are badly executed. Although it features some decent acting (Pitts, Gleason, and Gordon--as a sinister Hindu with shadowy motives--are excellent in their parts) and some well-done sets and decent camera work, the film really isn't worth sitting through.