Reefer Madness! (What more needs to be said?)

A societal scourge is exposed through this cautionary tale where Bill (Craig) is framed for murdering his sister (Short) and a hood (Craig) is driven mad... all because of the evils of marijuana! 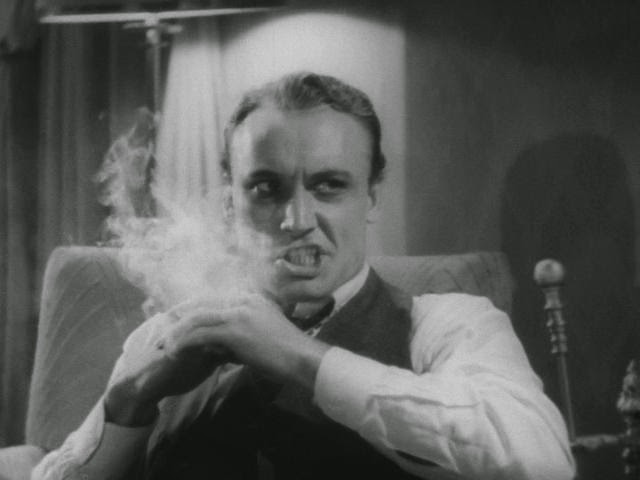 "Reefer Madness" is one of those Bad Movie Night mainstays that I have been avoiding for many years. Everyone had written about it, it didn't sound all that interesting to me, and there were so many other unseen films out there. A friend gave me the "Taboo Tales" DVD collection for Christmas, and since "Reefer Madness" is the first film on the first disc, I figured the time had come to watch it.

I found that it was neither as bad nor as unintentionally funny as I had been led to believe. For the most part, it's a ham-fisted melodrama that alternatively exaggerates and misrepresents marijuana and its effect on those who use it. It moves along at a steady steady while beating viewers over the head with its anti-drug message, never being exactly boring but never being all that engaging because the characters are mostly unlikable. It gets truly interesting only in those few scenes were it goes way over the top with caricatures of marijuana smokers. Like so many drug movies, I think this is probably funnier if you're stoned while watching it.

For me, the most interesting part of the film was that I only really grew to care about the fate of Ralph, an utterly despicable thug and rapist played by Dave O'Brien. I think this was because the character was being played by one actors with honest-to-God careers in the field, and because Ralph holds a more important place in the story than even the character we're supposed to care about--the poor kid who's life is being ruined by drugs, drug pushers, and drug users. I suppose the film really is more about Ralph than Bill, since Ralph's even the subject of the movie's greatest scene, in which he beats a person to death in a fit of marijuana-driven paranoia.

I wouldn't say this film is worth going out of your way for, nor even that you should start with it if you find yourself with it included in a DVD multi-pack. The Four rating I gave it is as low as it can be without being a Three, and it barely earns that on the back of my being entertained by Dave O'Brien's performance. I suppose the nicest thing I can say about it is that it's far better than the other Dwain Esper-involved film I've watched. But, like I said above, maybe it's funnier if you're high. I understand EVERYTHING is funnier if you're high.