The latest project I've completed for NUELOW Games is one I think it more worthy of attention than most of the ones I've done. It's a little book collecting episodes from Dick Briefer's ahead-of-its-time superhero series "Real American No. 1."

"Real American No. 1" premiered in Daredevil Comics #2 and ran as a back-up feature there until #11. Starring the Bronze Terror (who secretly is Jeff Dixon, a "full-blooded Indian" and successful attorney devoted to fighting for justice inside and outside the courtroom), "Real American No. 1" drew heavily on troubles facing Native Americans in the modern era for its background and conflicts. There wouldn't be another series like it again until the 1970s, with the arrival of characters like Marvel's Red Wolf.

NUELOW Games' Real American No. 1 contains the four best of Briefer's Bronze Terror stories (as selected by yours truly) and a roleplaying game presentation of Jeff Dixon and his girlfriend Lilly Weaver for use with ROLF!: The Rollplaying Game. By way of a preview, here are the splash pages for the included stories; I hope you'll check it out. 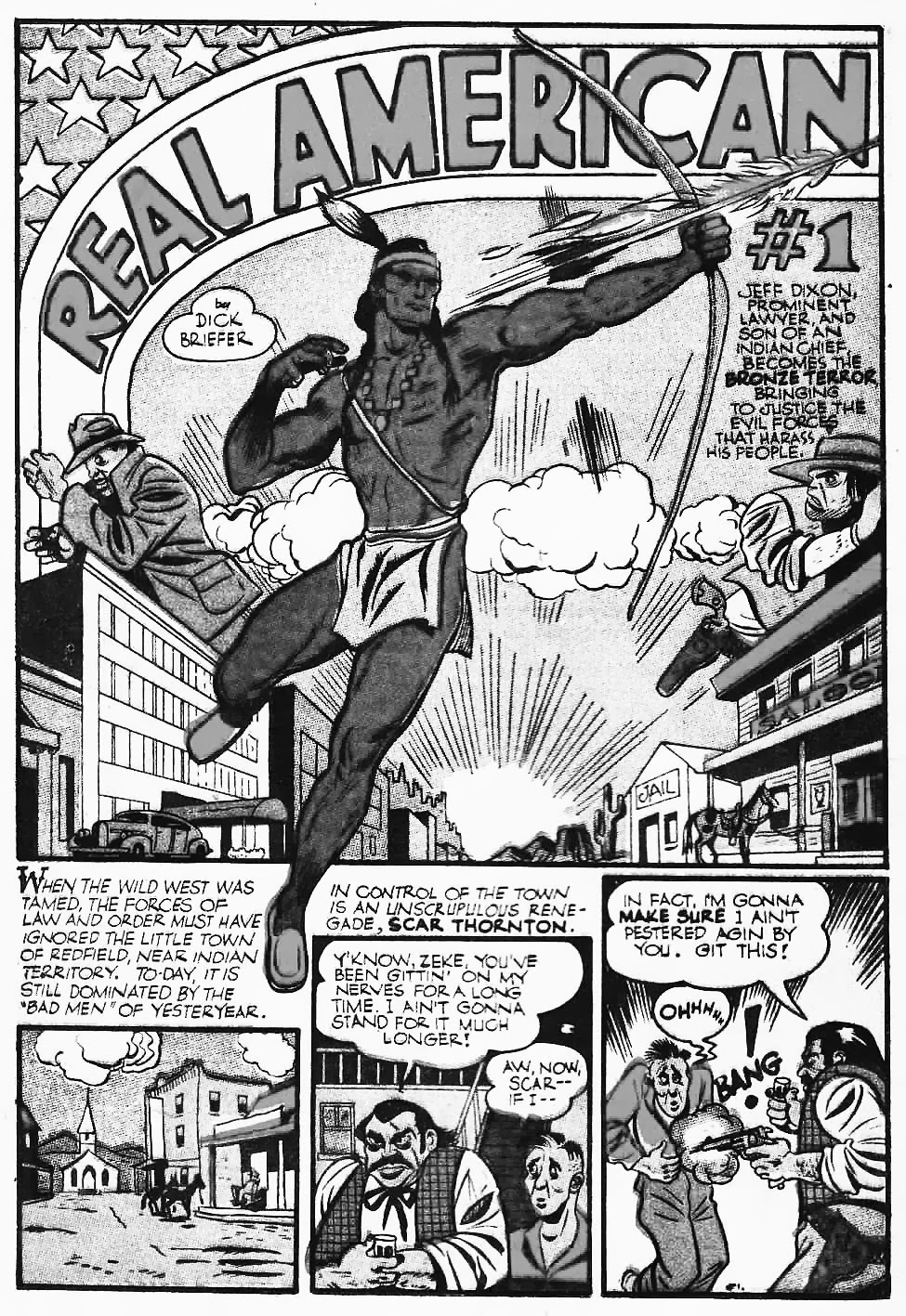 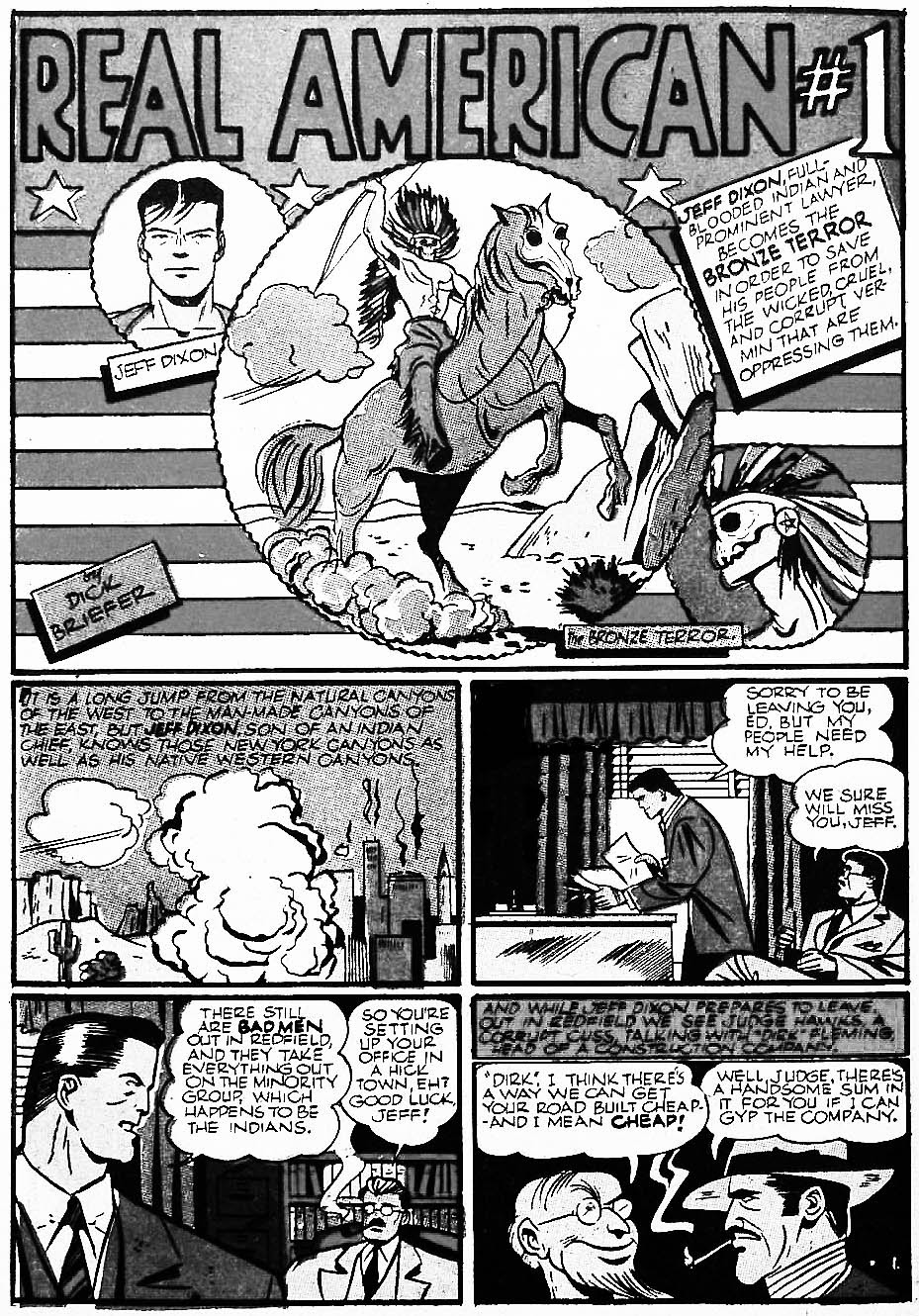 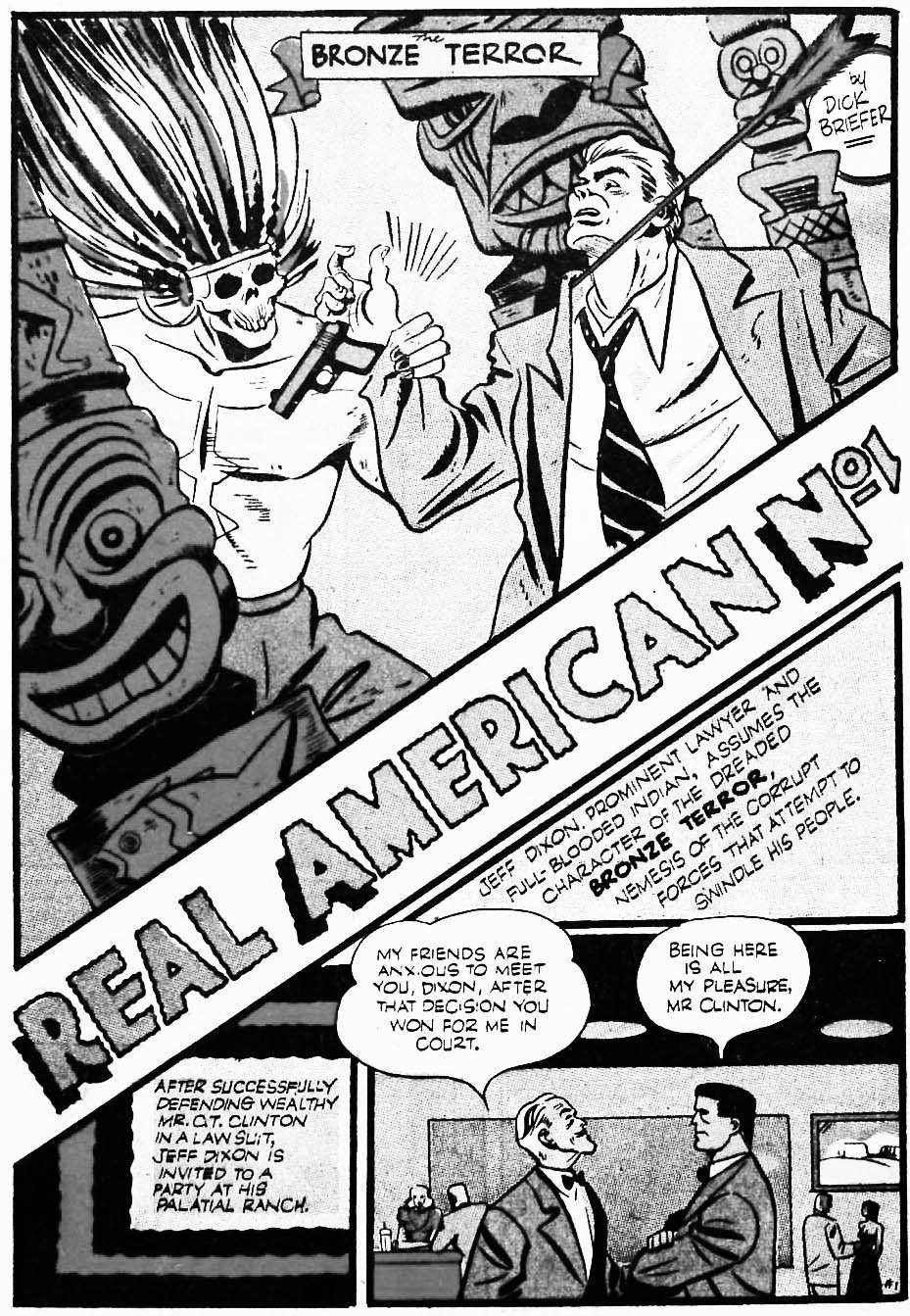 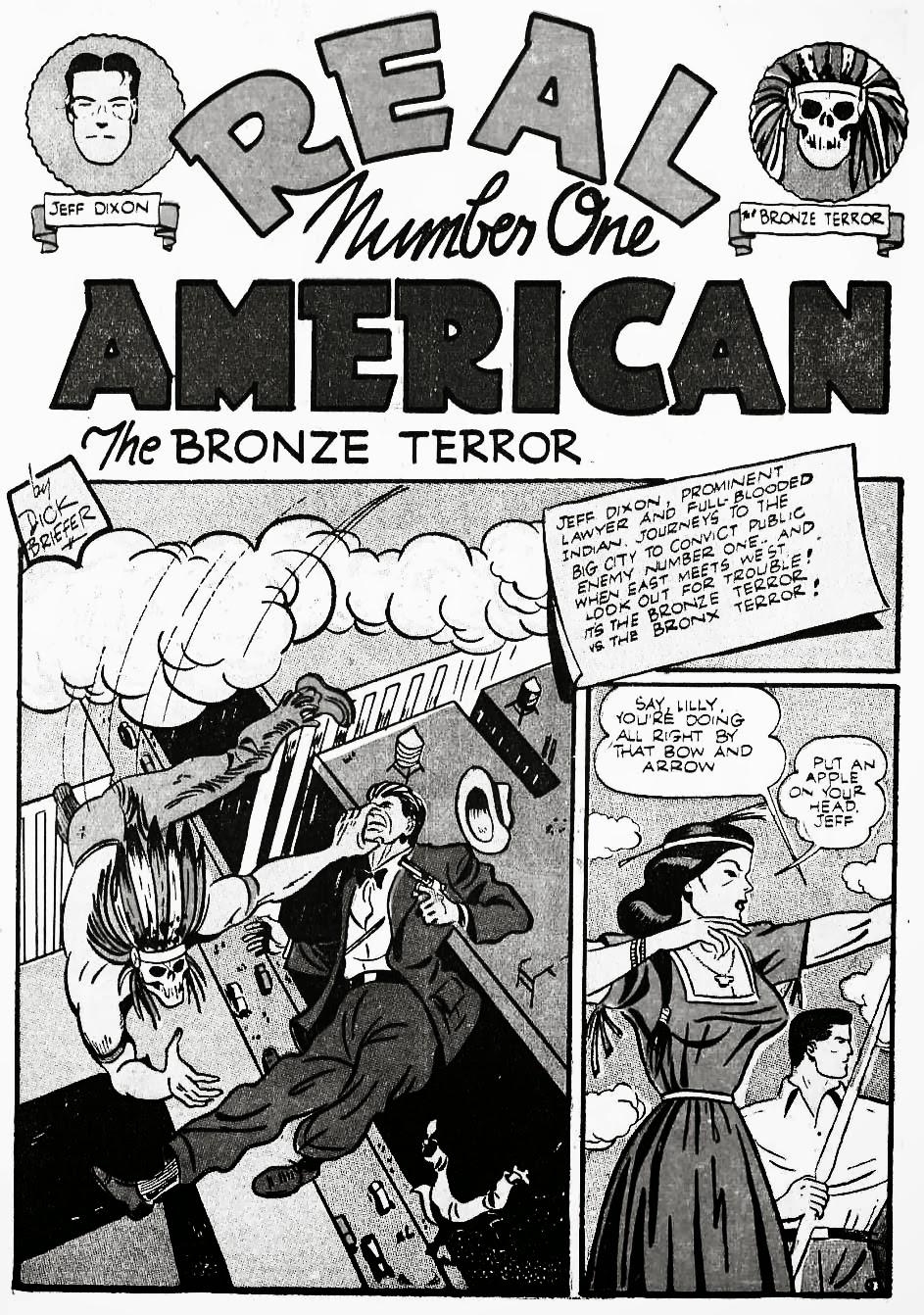 Click here to see more previews of Real American #1, or to buy and download a copy from DriveThruComics.