'The Flying Serpent' was better as 'The Devil Bat'

A demented archeologist (Zucco) uses a strange flying serpent that may or may not be the god Quetzalcoatl to protect an Aztec treasure and kill anyone who annoys him. 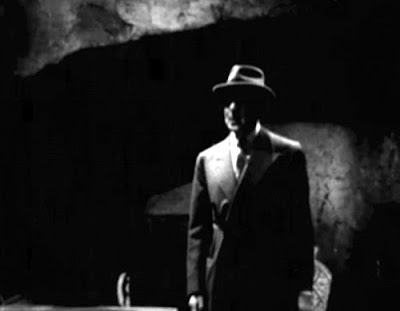 "The Flying Serpent" is, essentially, a remake of one of PRC's greatest horror flicks, "The Devil Bat", only with even less story logic. Once again, a mad scientist (here Zucco's archeologist instead of Lugosi's chemist) uses a flying monster to take out anyone who crosses him, up to and including the dashing romantic hero of the film. Instead of Lugosi's giant bat which is trained to attack anyone who is wearing a certain type of cologne, the creature in this film attacks anyone who is carrying one of its feathers.

Unfortunately, the one thing that doesn't have a parallel between the two pictures is the interesting performances, amusing script, and moody atmosphere from "The Devil Bat". The only non-bland aspect to this film is George Zucco's overblown performance as a melodramatic madman. It's almost a shame he didn't have a mustache, because he should have been twirling it. Even the creature--aside from the slightly silly, pseudo-supernatural ability it has to find its plucked feathers--is bland and uninteresting. Worse, the film has a slap-dash feel to it, as if only a minimum of effort was put into the script and the filming process... and nowhere is this more clearly demonstrated than in the film's climax (which I won't detail due to my policy of trying to avoid spoiling a film).

If you want to a PRC film featuring a horror movie icon sending a flying monster to rip the throats out of anyone he doesn't like, go with "The Devil Bat". You'll be glad you did. (Although if you're a fan of this film, I'd love to hear your take on it, especially the ending.)